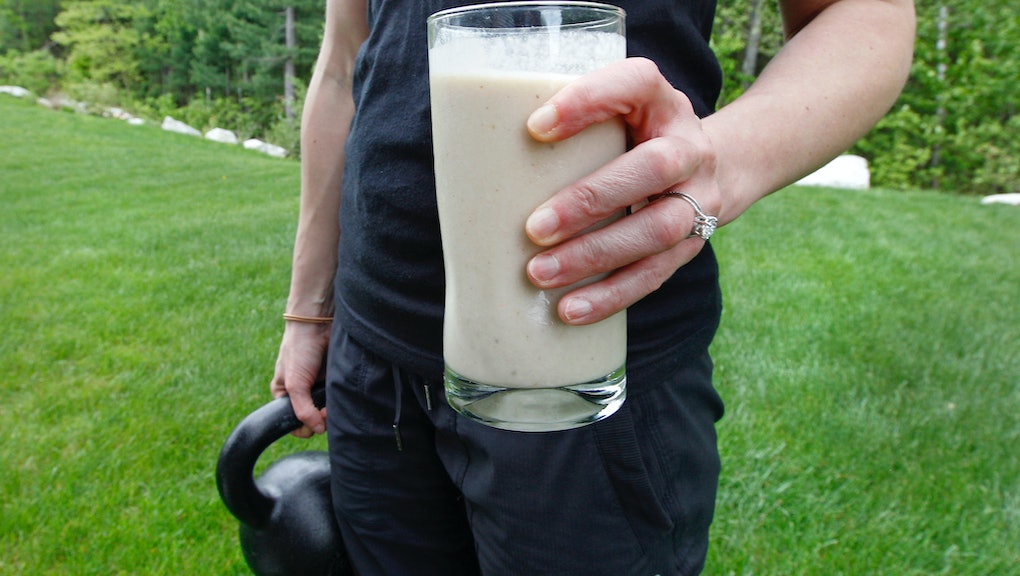 Celebrities get paid a lot of money to hawk random products of dubious value on social media. We're talking thousands and thousands of dollars, in many cases. At these prices, it probably doesn't matter to these famous faces whether the products work; for the many consumers magnetized by Instagram endorsements, however, it matters a great deal — especially for those things (like weight loss supplements) that are made to be swallowed.

Consider Kim Kardashian West's promotion of Diclegis, a drug she promoted on Instagram, claiming it helped mitigate her morning sickness. Kardashian West alleged that Diclegis posed no risk to the fetus; the Food and Drug Administration, it turned out, disagreed.

Read more: Dietary Supplements Are Popular — and May Be Dangerous to Your Health

"By omitting the risks associated with Diclegis, the social media post misleadingly fails to provide material information about the consequences that may result from the use of the drug, and suggests that it is safer than has been demonstrated," the FDA said before prompting Kardashian West to post a correction.

Weight loss supplements are not regulated by the FDA, which is what makes them as susceptible as any other supplement to the addition of sketchy fillers. And protein supplements often come with unsavory side effects, such as thyroid problems, constipation and inadvertent weight gain. It's a good idea to find out, then, what's in those weight loss supplements celebs are promoting on Instagram.

Porsha Williams, JWoww, Gretchen Rossi and Lindsay Lohan are among the celebrities (and/or, semi-celebrities) who promote 310 Nutrition on Instagram. The company makes meal replacement shakes that, according to the website, set themselves apart from the rest of the weight-loss pack by shunning certain ingredients.

"Most shakes on the market today contain soy protein and too many other and chemical ingredients that can't be pronounced," the site says. "They are packed full of sugars and fillers that taste good but don't do any favors for your overall physical condition. In fact, many of these ingredients can be downright counterproductive to your weight loss efforts."

There's no clinical trial data available for 310 Nutrition's product, but the company apparently makes a shake that avoids the creepy chemical fillers and soy proteins. It's fat free, aspartame free, low in carbs and high in vitamins — it's also 90 calories per serving, which does not a meal make or replace.

It's also heavy on the milk proteins: One scoop contains 15 grams of whey protein concentrate, whey protein isolate and milk protein concentrate, which can cause digestive trouble, stomachaches, constipation and diarrhea for certain users, especially when consumed in large quantities. Which, for those who are swapping in 310 Nutrition shakes for most meals, seems likely to be the case.

Oh, and it apparently tastes like shit — some users reported a distinctive, lingering aftertaste and shakes that soured if not consumed immediately.

Remember those yellow posters that sparked uproar among commuters the world over? The ones who pushed an unrealistic image of what a beach body should be? Those were Protein World's ads, promoting the same Weight Loss Collection that certain Instacelebs, such as Blac Chyna and Snooki, sling. Is it worth the advertising outrage?

Protein World's Weight Loss Collection consists of its Slender Blend protein powder, Slender Blend capsules and a multivitamin. The powder, intended for use in meal replacement shakes, weighs 150 calories per serving (which is, again, low for the meal it's supposed to be replacing) and contains whey protein concentrate (so, the aforementioned milk protein) and guarana, which is high in caffeine and for this reason, can be dangerous when consumed in high quantities.

Sucralose is also about 650 times sweeter than sugar, a fake out that tricks the body into a false sense of security when it comes to digesting sweets. The taste of regular sugar cues the body to burn off what would otherwise become fat; substitutes like sucralose complicate that association, so that when sweets are ingested, they convert to fat. That means weight gain, the opposite of the collection's stated mission.

Then there are the Slender Blend capsules, which are basically just glorified caffeine pills. Consuming too much caffeine is unsafe; maybe it's best to save one's money, because really, every body on a beach is a beach body. Don't let the Instagram celebs convince you otherwise.