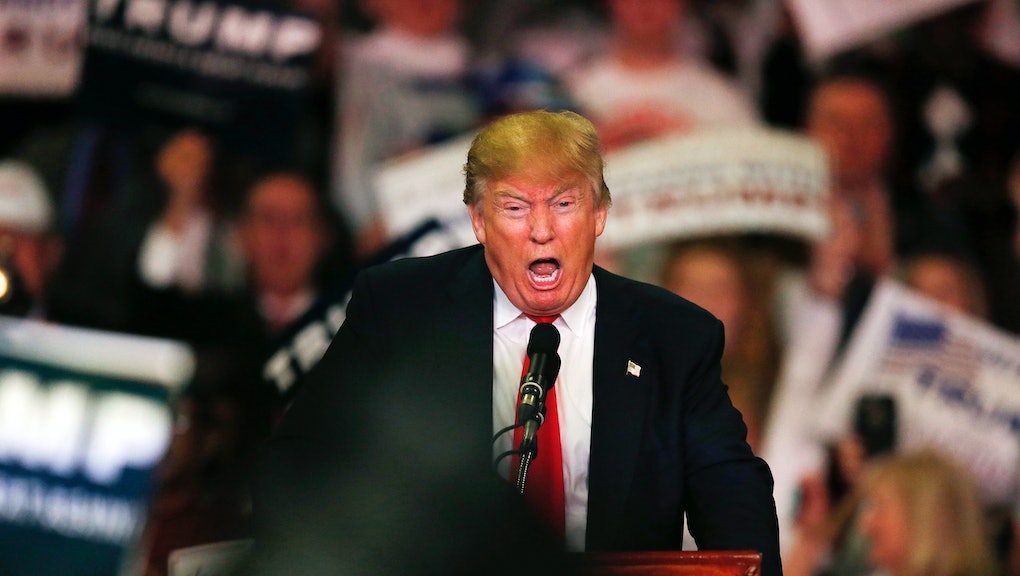 Billionaire real estate tycoon and presidential hopeful Donald Trump's dirty laundry continues to unfold in the midst of his 2016 campaign. Most recently to come to light was the lawsuit filed against his Trump SoHo New York hotel, alleging the luxury hotel withheld tips from workers, according to DNAinfo.

Deborah Garcia, who worked with 40 others on a catering team within Trump's hotel in 2013, filed a lawsuit with the Suffolk County Supreme Court on Feb. 13, claiming the hotel charged parties using the catering service a 22% service fee — a charge which never amounted to tips for those workers, DNAinfo reported Monday.

Garcia claims in the lawsuit that the Trump SoHo hotel has been charging customers who use catering services the 22% service charge since 2009 but "retained the money for their own benefit," according to DNAinfo.

Sound familiar? According to the same DNAinfo report, the Trump SoHo hotel restaurant faced a similar lawsuit back in 2012, brought on by New York Attorney General Eric Schneiderman's office. Instead of catering, however, the service charge in question was a 20% fee for all private dining and banquet events. The office finally reached a deal with Trump's organization, however, in which the restaurant paid its staff a total of $500,000.

In fact, this isn't event the only Trump hotel facing employee relations challenges, not to mention Trump University, and several of the billionaire's other failures that have recently been highlighted by the media and opposing politicians.

Trump has yet to publicly address the issue.