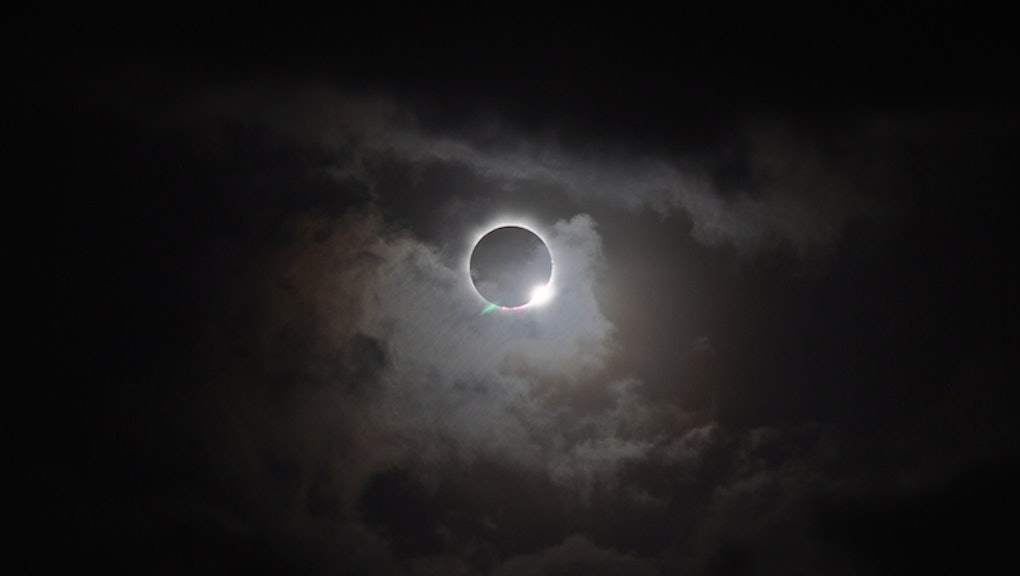 Every so often, the moon casually strolls directly in between the sun and earth while making its rounds, causing the sky to go dark in broad daylight and the sun to look like a mere hollow ring of light. It can only happen when the dark side of the moon is facing the Earth. The phenomenon is called a total solar eclipse and it's happening on Wednesday, but whatever you do, don't look directly at it with your bare eyeballs — you could go blind.

The contrast between the night sky and bright light of the sun can cause permanent damage to the eye if looked at for more than a few seconds straight — and throwing on a pair of shades won't help. The pinhole projector is the very simple answer.

If you want to see it in person, only people in parts of Australia and Southeast Asia this time will get to bear witness.

Click here for Mic's tutorial on how to create a pinhole projector in a few simple steps using just two paper plates.

If you're looking to create a more intricate tool, here's a tutorial on how to make pinhole projector out of a shoebox.

If you don't live around those parts or you'd rather watch the eclipse from the safety of your screens, NASA is livestreaming the eclipse projected to take place 8:38 p.m. Eastern. The total solar eclipse occurring next year, August 2017, will pass through the United States, according to NASA. Best be prepared.

This GIF from NASA perfectly sums up who will see what and where during Wednesday's total solar eclipse: