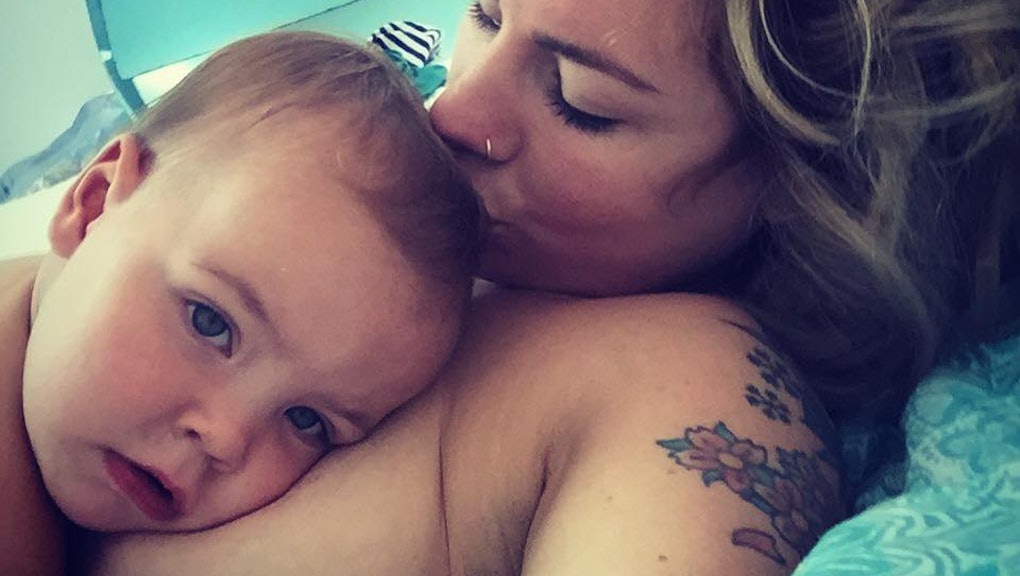 A Mom Blogger Wrote About Being Naked in Front of Her Kids, and People Are Freaking Out

Somewhere along the journey of parenthood, there comes a time when you must make a decision: Is it OK for my kids to see me casually saunter around the house totally newd?

According to Australian blogger Constance Hall, the answer is yes. In fact, she believes being naked around your children is crucial to helping foster positive body image.

The 32-year-old mother of four posted on Facebook on Monday night International Women's Day and declaring her pro-nudity stance:

"If you have stretch marks, a hairy minge [Editor's note: This is a delightful slang term for vulva], saggy boobs, a flat bum, smile lines, a wobbly belly, cellulite, a tiny chest or any other real women women traits, the world needs to be flooded with your image," she added.

It's likely that there are some parents who will disagree this directive, of course. Last year, for instance, Danish comedian Torben Chris was subject to a shit show of extreme reactions when he posted a picture of his daughter and himself taking a bath.

Some parents expressed outrage that his nudity around his kids was inappropriate, while others defended him for keeping it real around his baby. "It's a natural thing to be naked with your children," Chris said in a video on the whole debacle.

On the comments of Hall's Facebook post, some parents were similarly uncomfortable with her advice. "I think also it is important to teach children about privacy and about boundaries in terms of their own bodies, as a way to develop some protective behaviorrs," one mom wrote, while another chimed in: "Not everyone wants to see you naked... it's [about] being respectful of others."

Hall has gone viral before with her takes on everything from sex after parenthood to dealing with depression, so we're guessing she is no stranger to the opinions of strangers who disagree with her parenting philosophy.

Given how unrealistic society's beauty standards can tend to be, however, especially where nudity is concerned, Hall makes a solid point. So if you have any lil' rugrats running around at home, go ahead and flaunt that hairy minge, ladies. Do it for yourself. Do it for International Women's Day. Do it for the children.