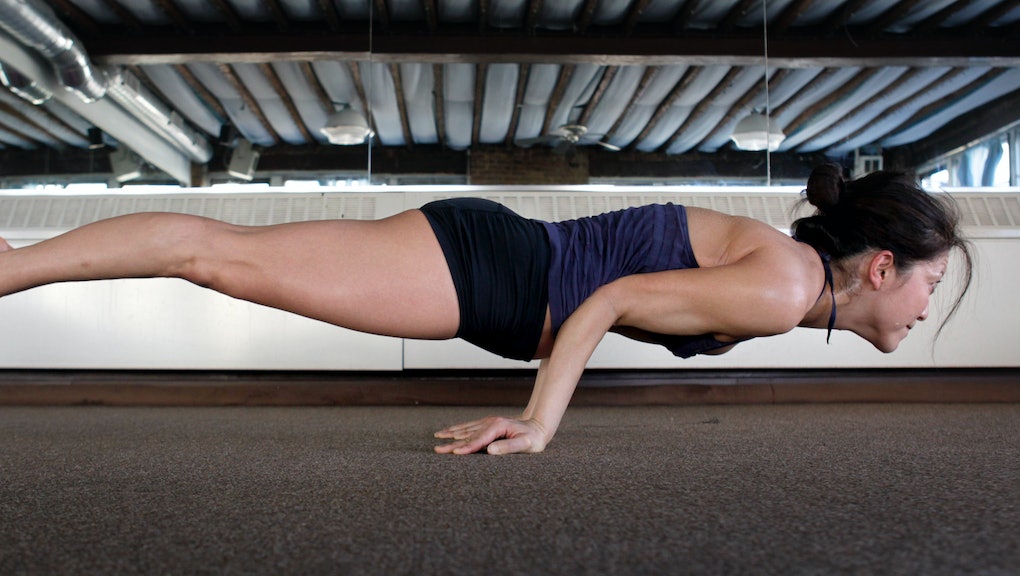 Western culture has embraced yoga as an activity — one that has several healthy benefits — transforming it from its ancient Indian origins. As such, it's hard to picture yoga outside of what has become commonplace: a casual afternoon workout, a hobby and an expensive line of apparel.

However, the practice is growing as a competitive sport, with an international governing body, in addition to several national organizations (including here in the United States). Yes, competitive yoga is a thing, and it's hoping to eventually become an Olympic sport.

Read more: The Surprising Benefits of Yoga That Go Far Beyond a Flexible Frame

Competitive yoga competitions in the United States are organized by USA Yoga, which describes itself as a "nonprofit organization formed for the purpose of developing and promoting yoga asana (yoga postures) as a sport." Like any sport, it needs a set of rules, and the organization has obliged.

According to the official rules posted by USA Yoga, different postures are rewarded varying scores in the adult and senior divisions, depending on the level of difficulty, and a contestant must perform six poses within three minutes. The score is weighted on a scale of 60 — basically, you can get as high as a 10 for each specific pose. The poses are very difficult, though, as competitors only earn an average score of 30, with the highest recorded score at a USA Yoga event a 42, Joseph Encinia, president of USA Yoga, told Racked.

"It's not just about what you do, it's how you do it," Encinia told Racked. "We're looking at technique. If a yogi's alignment is off, we'll hold it against them, but we're also watching for balance and control of the breath. Someone can be holding still the entire time, but if they're holding their breath, they'll eventually start shaking. We've had athletes and contortionists come to compete and they think they're going to kill it, but then they get jittery and fall. Yoga is about catching the stillness."

Competitive yoga, as it is organized now in the United States, was started by Rajashree Choudhury, the wife of Bikram Choudhury, who was at the helm of the popular Bikram yoga (or hot yoga) offset, which has yoga poses held in 100-plus degree rooms. Both Rajashree and Bikram were heavily involved in the early stages of competitive yoga in the United States; sexual assault allegations against Bikram have since lessened his involvement. The couple has also separated.

Personal issues notwithstanding, Rajashree and the members of USA Yoga and the International Yoga Sports Federation hope that competitive yoga will be recognized as an Olympic sport in the near future. Thus far, they've made good progress. Yoga was only represented by 15 countries at the International Yoga Asana Championship in 2009, and since then, there are 32 affiliates of the IYSF, according to Racked.

It's still a ways away — to be formally considered by the Olympic committee, it has to be practiced in 75 countries spanning four continents. However, it's also making headway in India, where it was classified as an official sport in the country in 2015 — a distinction that puts it in the same league as mainstream sports such as soccer, swimming and squash.

"It's far away," Rajashree said, according to the New York Times. "A lot of work needs to be done before we really get into it, but this is our dream."

There are criticisms for the sport, however, and whether it creates a culture that's not associated with the activity. "I don't really understand how you would compete to be the happiest, most balanced person," Julie Kleinman, the vice president of programming for yoga studio chain YogaWorks, told the Times.

Regardless of the criticism, competitive yoga has a place — and whether it's the proper use of yoga is certainly up to interpretation, and dependent on the individual. "Competitive yoga can be considered just as authentic as practice rooted in Hindu mythology," Chavie Lieber wrote for Racked. "As much as opponents want to fight the rise of competition, history has shown there is room for all manners of yoga. A tournament approach, as well as a transcendent one, can coexist."