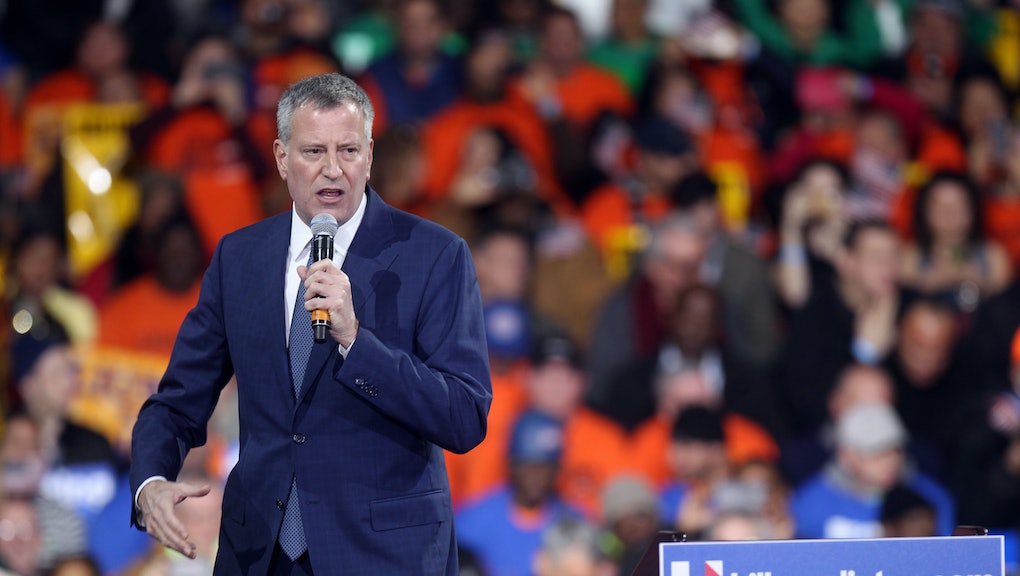 On Monday, New York City Mayor Bill de Blasio signed an executive order mandating that transgender people be allowed to use whichever bathroom they would prefer to use in all city-owned buildings.

The new policy also includes locker rooms, and will be enforced in public hospitals and public housing buildings, which have agreed to participate even though they are not technically owned by the city, according to the Observer.

On Facebook, the mayor announced, "NYC bathrooms are now safer places for transgender people." He wrote, "In New York City ... we do not tolerate discrimination."

"I think New York City has an obligation to lead. I think we have an obligation show that everyone should be embraced and everyone should be accepted," de Blasio said at a press conference on Monday, the Observer reported. "Change comes from the grassroots. Change comes from the ground, and if people who believe in human rights don't stand up for them, it lets those negative voices dominate."

According to CBS New York, the order does not affect NYC public schools, which already require students be allowed to use the bathroom matching their gender identity. The network also reported that a bill, which would require private businesses to label all single-occupancy bathrooms available for use by the general public as gender neutral, is waiting for review by the City Council.

Discrimination against transgender people has long been under fire across the city's five boroughs.

In December, the New York City Commission on Human Rights cited a 2002 law in its provision that employers must refer to transgender people by their pronouns of choice  The commission also advised that transgender people must "be permitted to use single-sex facilities, such as bathrooms or locker rooms, and participate in single-sex programs, consistent with their gender, regardless of their sex assigned at birth, anatomy, medical history, appearance, or the sex indicated on their identification."