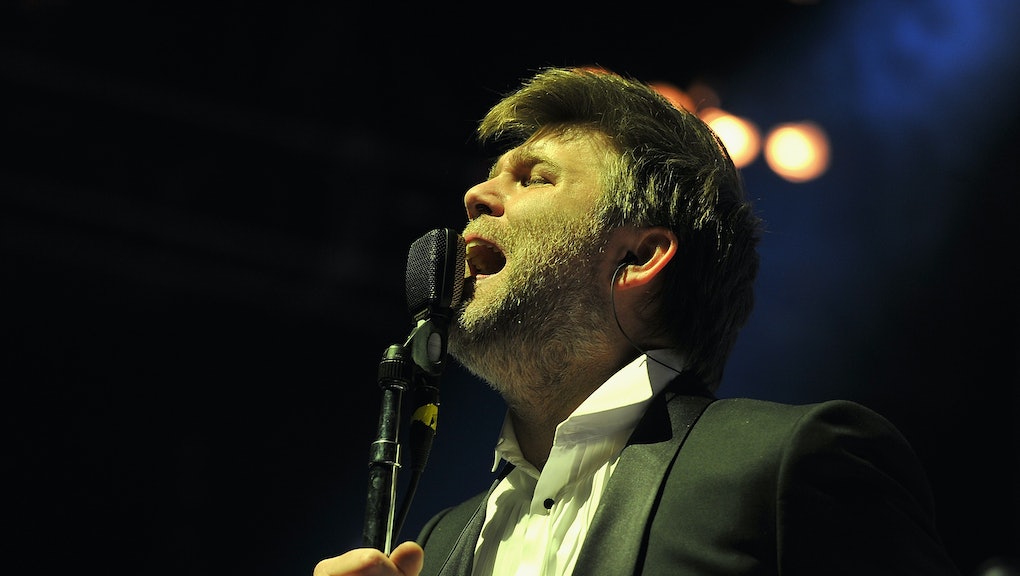 Is LCD Soundsystem Back Together? Here's The Scoop on the Coachella Headliner

The band previously called it quits in 2011, but they are now reuniting five years after their farewell concert in Madison Square Garden. LCD Soundsystem is headlining this year's Coachella Valley Music and Arts Festival in April, and they are also embarking on a reunion tour that will include a headline spot at the inaugural Panorama Festival in New York.

However, LCD Soundsystem's reunion so soon after their purported retirement is a controversial one, especially considering the hoopla surrounding the band's "final" show in 2011, as well as vehement denials of a reunion by Kris Petersen, the band's label manager in October 2015.

LCD Soundsystem's reunion has been viewed as a money ploy, especially since their series of farewell concerts in 2011 were also marred by controversy of scalpers supposedly buying up all the tickets for their Madison Square Garden show, as well as by conspiracy theories that tickets were purposely withheld until their Terminal 5 shows were sold out.

"No sensible person can blame any artist, ever, for trying to make a little more money, even if integrity is thrown to the wind," Flavorwire's Shane Barnes writes. "True, LCD Soundsystem's reunion is coming pretty quickly on the heels of their breakup just five years ago, but it's also 2016, and our culture's rampant cycle of nostalgia has catalyzed the profitability of these kinds of things."

In a January 6 open letter posted on the band's website, Murphy addressed the outcry and defended the band's decision to reunite. "There are people who don't hate us at all, in fact who feel very attached to the band, and have put a lot of themselves into their care of us, who feel betrayed by us coming back and playing," Murphy wrote. "Who had traveled for or tried to go to the [Madison Square Garden] show, and who found it to be an important moment for them, which now to them feels cheapened. I just hadn't considered that."

Murphy goes on to clarify that they're not just reuniting, but are also recording new music. "This [reunion] isn't a victory lap or anything, which wouldn't be of much interest to us. This is just the bus full of substitute teachers back from their coffee break with new music and the same weird gear — or as much of it as we still have (it's very interesting to re-buy the same gear, and in some cases buy gear back from people you sold it to), and rambling around trying to be louder than everyone else. Thank fuck we were never skinny and young."