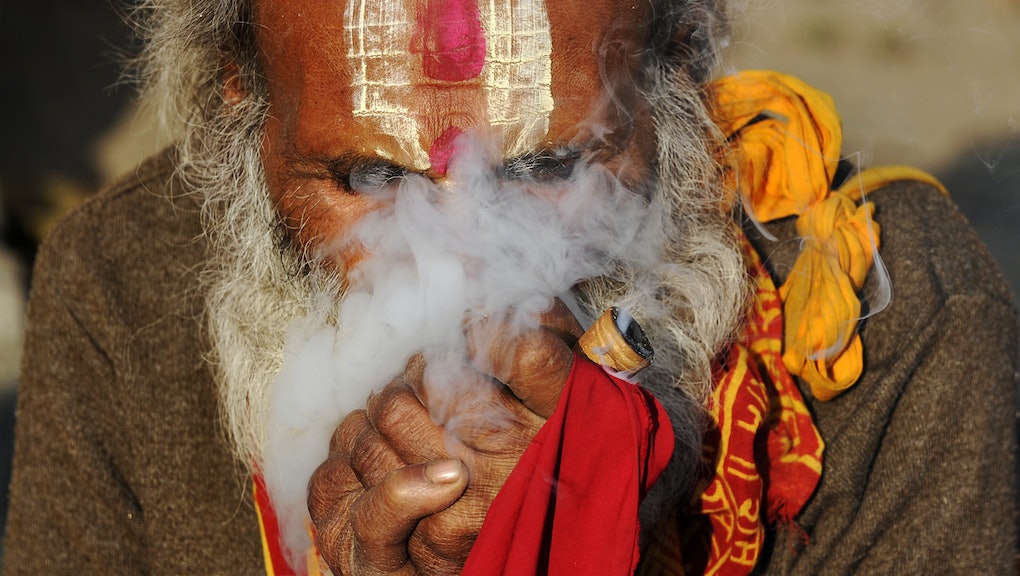 Marijuana smokers might light up in only a handful of different ways, but the breadth of terms used to describe their drug of choice is endless. From some of the more traditional terms like cannabis or pot to the more eccentric ones like "schwag" and "bubonic chronic," societies across the globe employ a number of different words when referring to the drug.

What it really comes down is location: While Jamaicans refer to weed as "ganja," they wouldn't have any idea what a South African meant if they asked where they could find some "dagga." Meanwhile, North Africans call it "kif," much different than the previous two, yet far more similar to "kief," a term to describe the more potent part of the marijuana plant in western slang.

Read more: Why Does Smoking Marijuana Make Your Eyes Red?

And that doesn't even scrape the surface. As marijuana becomes increasingly decriminalized and legalized for both recreational and medicinal consumption across the United States, the stigma felt behind dozens of terms used to describe the drug are dissolving as well. What we're left with is a cultural melting pot of language, allowing intercultural societies to mix slang and learn from each other's origins, through speech and through smoke.

Check out some of the most commonly used slang terms to describe weed and smoking below, provided by Online Slang Dictionary and The Weed Blog: