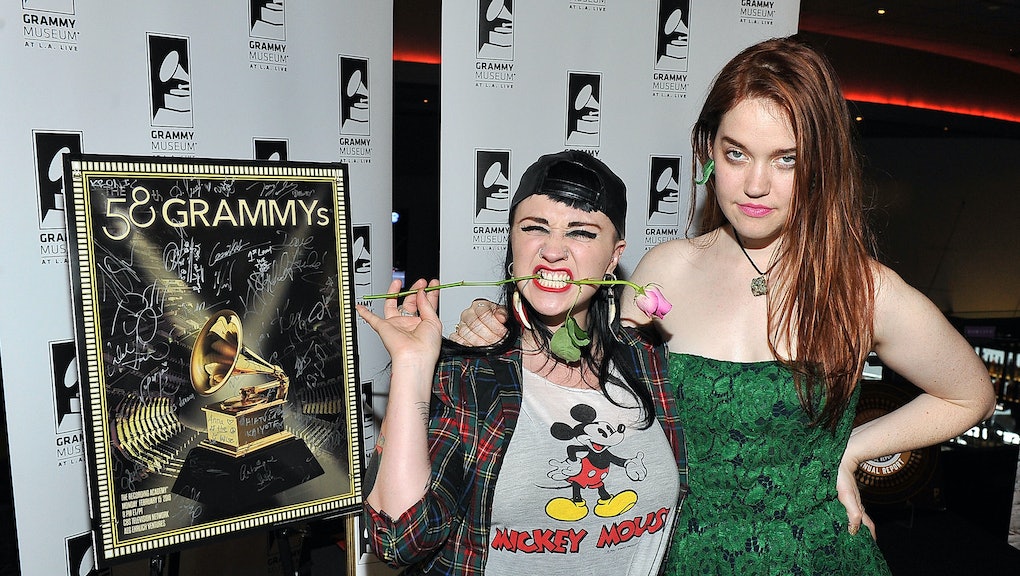 Whether or not you know her name, you've heard Anna Wise's voice.

If you've listened to any of Kendrick Lamar's three latest records — good kid m.A.A.d. city, To Pimp a Butterfly or Untitled Unmastered — Wise has led you seductively through a chorus or five on songs like "Real," "These Walls," "Institutionalized," "untitled 03" and "untitled 05."

Lamar's album would have significantly different vibes had he never found Wise's sultry voice as a part of the indie outfit Sonnymoon. Now that she's helped Lamar with his ascension to crown prince of west coast hip-hop, Wise is set to strike out on her own.

Wise is currently gearing up to release her debut solo EP, and she's shared a new preview with a video for a track she's spectacularly titled "BitchSlut."

The song breaks down the unfortunately classic dichotomy of women being labeled sluts and bitches for either consenting or declining sex.

The record perfectly encapsulates the "theme" of the EP, which Wise recently described to Spin:

"There is a theme, and the theme is 'women,'" she said. "Women are great. We're fucking great, and I want to talk about us. And talk about myself, because I'm a woman. I guess it's kind of selfish. 'Let's talk about me!'"