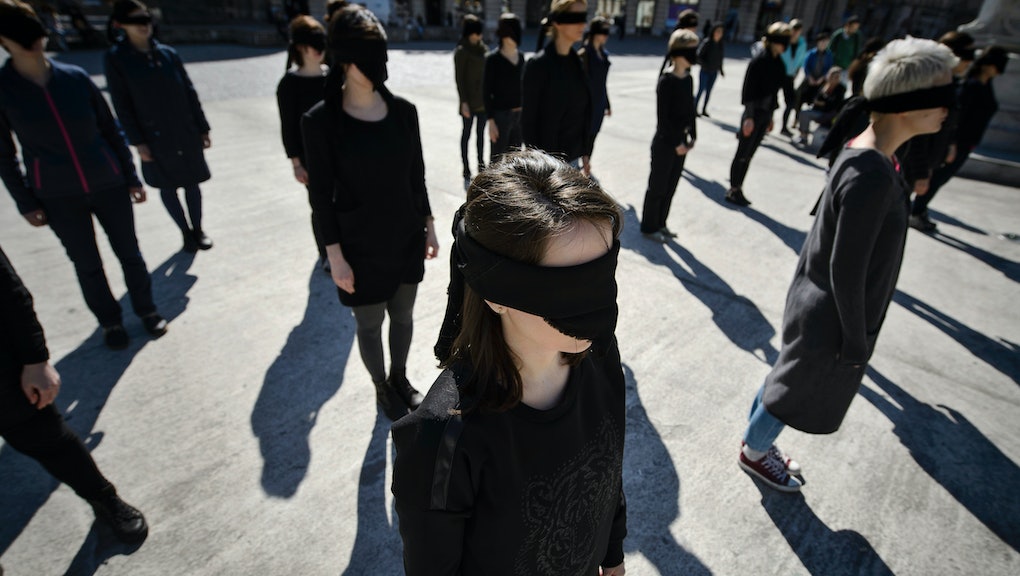 On Tuesday, women and men around the world celebrated a day devoted entirely to females — International Women's Day. The day's origins date back to the turn of the 20th century and, born out of labor movements of the epoch, shifted to recognize the achievements of all women. Yet on Tuesday, a day purportedly devoted to womankind, the conversation on some social sites was redirected to a discussion of men. More specifically, some users on Twitter decried International Women's Day, bemoaning the idea that men don't have a similar holiday.

As International Men's Day began to echo across Twitter, some users responded by kindly asking the whiners to go away.

Despite the disturbing state of gender equality around the globe, International Women's Day has come a long way.

"Since those early years, International Women's Day has assumed a new global dimension for women in developed and developing countries alike," reads a statement from the United Nations. "The growing international women's movement, which has been strengthened by four global United Nations women's conferences, has helped make the commemoration a rallying point to build support for women's rights and participation in the political and economic arenas."

So why is International Women's Day so important? For one, women and men are not yet equal. According to 2014 findings from the Institute for Women's Policy Research, women make 79 cents on the dollar compared to their male peers — a discrepancy that makes for a 21% gender pay gap. U.N. Goodwill Ambassador, feminist and actress Emma Watson may have said it best during a speech in 2014.

"It will take 75 years, or for me to be nearly 100, before women can expect to be paid the same as men for the same work," Watson said. "15.5 million girls will be married in the next 16 years as children. And at current rates, it won't be until 2086 before all rural African girls can have a secondary education.

"The more I've spoken about feminism, the more I've realized that fighting for women's rights has too often become synonymous with man hating. If there is one thing I know for certain it is that this has to stop."