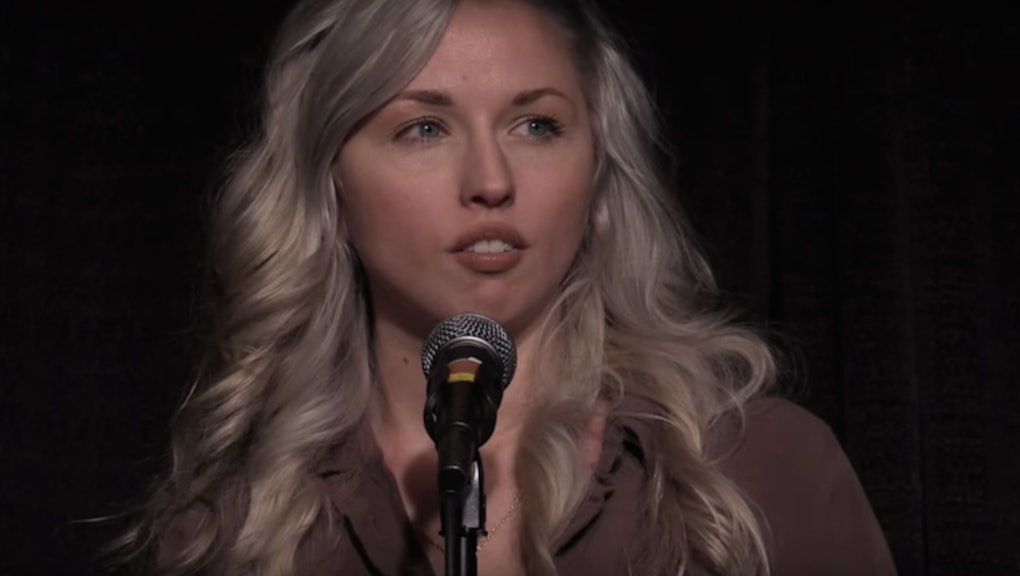 Slam Poet Sends a Message to All Rape Survivors: You Are Not the Ones Broken

Slam poet Sierra DeMulder has a message for rape survivors:

"The person who did this to you is broken, not you."

"The person who did this to you is out there somewhere choking on the glass of their chest," she said.

She also reminded survivors that their rapist can't steal any part of them.

"We are calling it theft," she said. "As if he could pluck open your ribs like cello strings, pocket your breasts, steal what makes your heart flutter and tack it to wings to his wall."

DeMulder said the poem was inspired by a 1998 Bitch magazine article, "The Collapsible Woman: Cultural Response to Rape and Sexual Abuse," which was about how media is quick to wrongfully labels survivors as dysfunctionally sensitive and fragile.

"That article changed my whole perspective of sexual violence, victimhood, and empowerment," DeMulder wrote on her Tumblr page.

"Nothing was stolen from you," she reminded survivors in the award-winning "Paper Dolls."

"Your body is not a hand-me-down and there is nothing that sits inside you holding your worth."

"I will not watch you collapse."