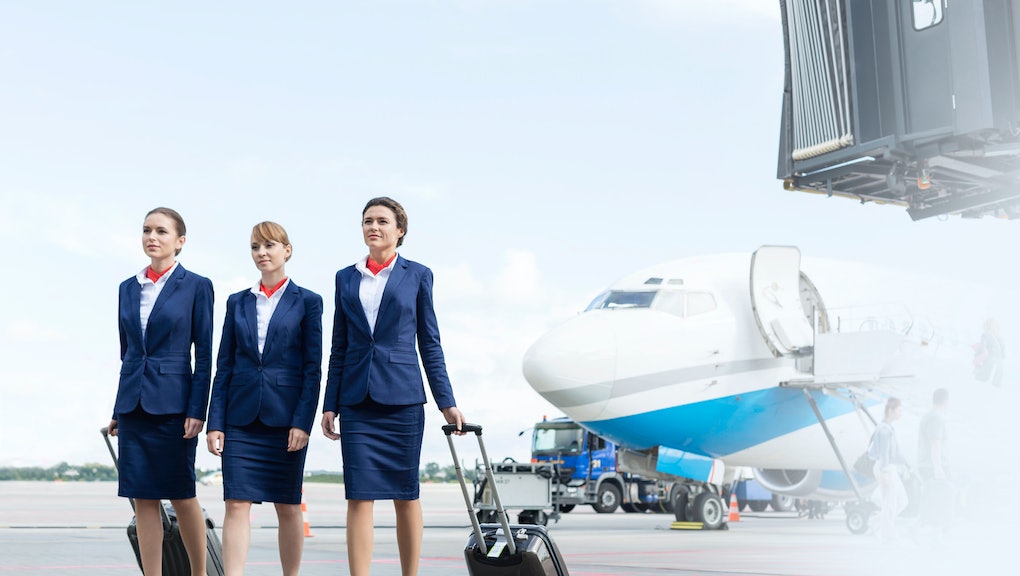 When I tell people I'm a journalist, the first thing they ask me is not: "Oh, do you have sex in the newsroom?"

And that encapsulates the biggest problem many flight attendants face with their job. Their job not only comes with the association that it includes lots of sex, but with the expectation that it gives others permission to ask about their sex life.

A survey conducted by Jetcost.co.uk, which included 718 flight attendants, made the rounds on Thursday. One of the findings was that around 20% of respondents had "indulged in sexual relations with a colleague during a flight," the Telegraph reported, quoting the study.

But the real question: Why did that question come up in the first place?

And salacious headlines — such as the Telegraph's "Airline Cabin Crew Reveal Their Guilty Secrets: From Sex in the Sky to Short-Changing Passengers" — only make matters worse.

Heather Poole would know. She is a flight attendant for one of the biggest American airline carriers and wrote an op-ed for Mashable on Tuesday about the issue.

"Why can't we shut up about flight crew's sex lives?" Poole implored.

"Over the course of 12 hours, that flight attendant will sweat, ache, have food spilled on them — and probably end up with a headache," she explained.

"And that's on a good day, when passengers aren't screaming at us for something beyond our control, when there's not a medical emergency or a reason to grab a bottle of halon or a fire extinguisher."

Suffice it to say, Poole added, "Sex is often the last thing on our minds."

Poole acknowledged the problem is largely rooted in a history of sexualizing flight attendants within aviation advertising, but she argued the time has come to take a departure from that era.

So, unless you plan on asking your accountant if she has more sex during tax season, don't apply a double-standard to flight attendants.