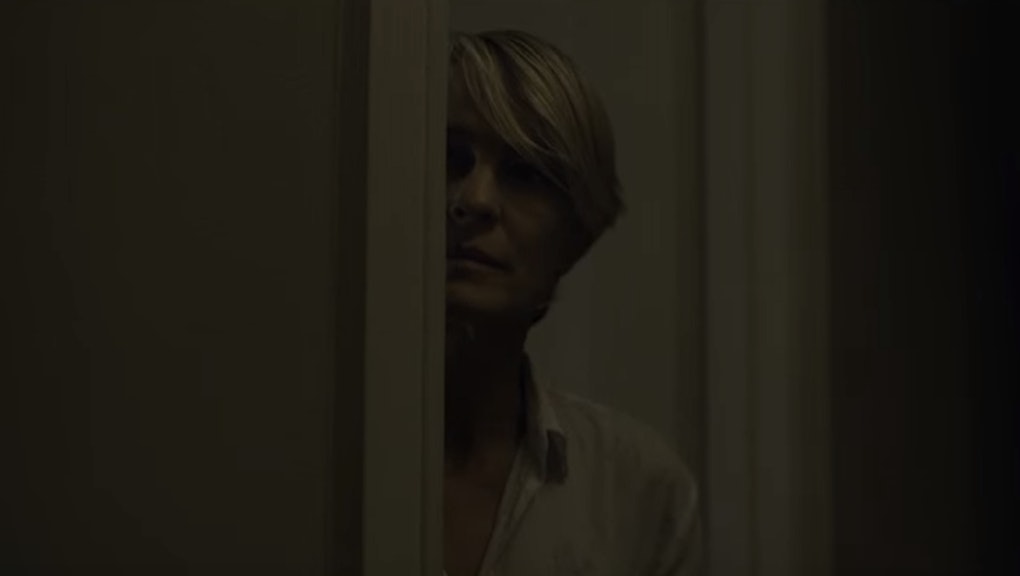 Us Claires need more powerful Claire role models to whom we can look for inspiration and role-modeling. Thanks to Netflix, we now have Claire Underwood (Robin Wright), FLOTUS to Francis Underwood's (Kevin Spacey's) POTUS on House of Cards. Which may or may not mean ominous things for our future selves.

The risks one takes in binge watching, we suppose.

In honor of the fourth season's recent arrival on the streaming platform, we've sourced 10 choice GIFs that prove beyond a shadow of reasonable doubt that House of Cards might as well be titled House of Claire, because it's the first lady who really runs the show. Murder? Intrigue? Sabotage? Francis may be front and center, but Claires everywhere know what time it is.

Here are 10 moments of formidable Claire fierceness, when Claire is a force with which Francis is unable to reckon.

When she is ruthless AF.

When Francis is being an enormous baby and her solution to that problem is a literal "well fuck you, then."

When she lays down the law.

When she just played a very diplomatic round of beer pong in an evening gown, casual.

When she's always a few steps ahead of Francis, both literally and figuratively.

When she walks out on him during the primary elections, calm, cool, collected and as far as we can tell, giving zero fucks.

When she gave him the presidency and she can take it away.