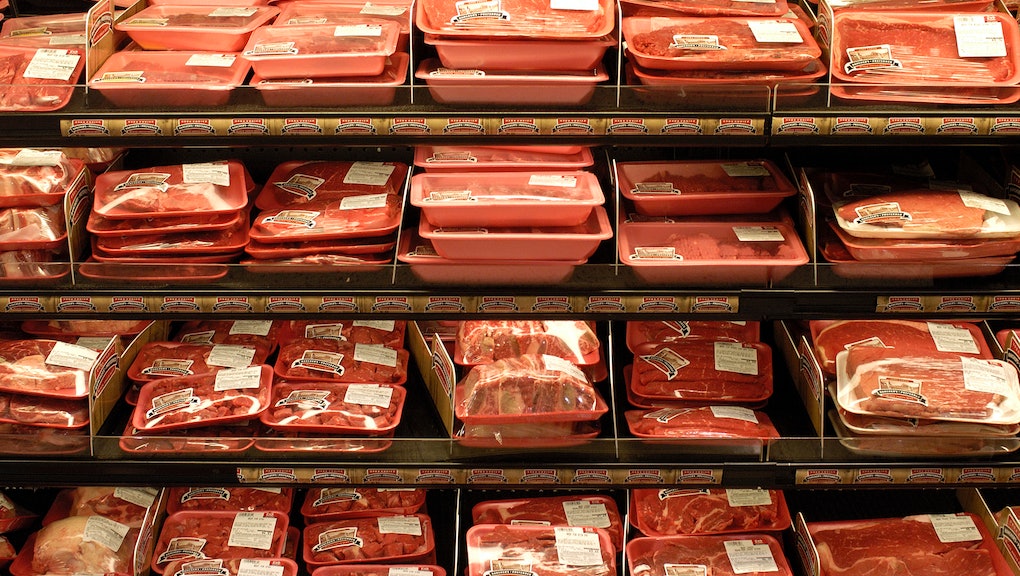 Why Your Low-Carb Diet Is Probably Unhealthy, According to Science

The low-carb diet has become a popular trend for individuals looking to lose weight without giving up foods like meat, chicken, fish or eggs. One well-known choice is the paleo diet, which is based on the idea that humans' ancient ancestors did not consume carbs (though this may be historically inaccurate).

"A low-carb diet is basically one that reduces the amount of carbohydrates you consume everyday," according to Nestlé. "It is high in protein and fats and can contain anything between almost zero to 35% carbs, which is approximately about 175 grams per day."

However, researchers at University of Melbourne have found that a low-carb diet might actually be an unhealthy option for dieters.

Read more: Why Your Gluten-Free Diet Is (Probably) Bullshit

The study, presented in the journal Nutrition and Diabetes, used two groups of mice with symptoms of pre-diabetes and obesity to conduct the experiment. One group of mice was placed on a high-fat, low-carb diet, while the other group stayed on its standard diet. After observing the mice for eight weeks, the researchers found the mice nearly doubled their fat mass, had increased insulin and had a 15% weight gain, the Telegraph reported.

"We are told to eat zero carbs and lots of fat on the paleo diet," University of Melbourne associate professor Sof Andrikopoulos said, according to the Telegraph. "Our model tried to mimic that, but we didn't see any improvements in weight or symptoms. In fact, they got worse. The bottom line is it's not good to eat too much fat. Low-carbohydrate, high-fat diets are becoming more popular, but there is no scientific evidence that these diets work."

Andrikopoulos instead encouraged dieters, especially individuals with pre-diabetes or diabetic symptoms, to use the Mediterranean diet. "It's backed by evidence and is a low-refined sugar diet with healthy oils and fats from fish and extra virgin olive oil, legumes and protein," the professor, who is also president of the Australian Diabetes Society, said, Science Daily reported.

A recent University of California, San Diego, a study found that although weight loss was similar across all diet groups, the overweight, "insulin-sensitive" women lost more weight on a low-fat, high-carb diet than the other way around. The study also found that a walnut-rich, high-fat diet provided "the most favorable changes in lipid levels."

However, the human body is fickle. Both studies focused on specific groups, mice and women with diabetic conditions, and the results may differ across the board. "I don't think you can make a blanket statement that it's going to beneficial for everybody and I think people's circumstances, their living style, their exercise regime differs, their genetic make-up is different," Andrikopoulos told ABC News.

Low-carb diets may even have detrimental effects on your heart. "If you switch to a high-saturated-fat diet, as people do when they start eating their fill of steak and bacon, your 'bad' LDL cholesterol will go up," according to Reader's Digest. "Levels of homocysteine, an amino acid that increases the risk of heart disease, may also rise if you eat a lot of meat and too few vegetables. And to get rid of the ketones produced when your body burns fat for energy, your kidneys need to work overtime, which raises your risk of kidney stones."

The effects of low-carb diets are still being researched, but before starting any new diet, you should check with your physician.