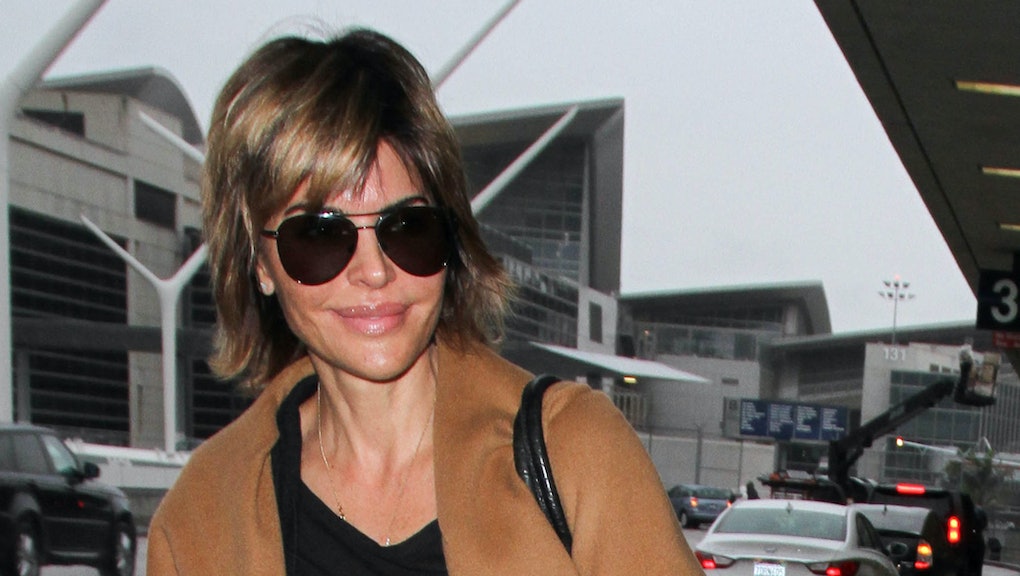 Lisa Rinna of 'RHOBH' Tears Into Other Wives on Latest Episode, and Twitter Is Sparring

Reality television star Lisa Rinna, of the always boisterous reality series the Real Housewives of Beverly Hills, caused a ruckus during Tuesday's episode — and Twitter users were quick to get in on the drama. During a trip to the beach, Rinna had some thoughts to share about co-stars Lisa Vanderpump, Kyle Richards and Yolanda Foster, and it wasn't too complimentary.

"I've kept quiet because I was hoping to protect a friendship," Rinna said, speaking of Vanderpump, according to Entertainment Tonight. "I do think that Lisa's been manipulative, but I think a lot of people have been manipulative. Both Lisa and Kyle talked plenty about Yolanda and whether she had Munchausen or whether she was faking it. And they sent pictures back and forth to each other, giggling. Absolutely."

Read more: 'Real Housewives of New York City' Is Coming Back to Bravo This Spring

Rinna was just getting started. Next she shared opinions about other co-stars, mainly eluding to issues related to trust. Here's what Twitter users had to say about the exchange:

If past interviews are any indication, Rinna was speaking the truth. During a 2015 interview on Live! With Kelly and Michael, Rinna spoke about her survival techniques for participating in RHOBV, explaining that part of what helps her get by is her longstanding relationships with her co-stars — and her inclination to speak her mind.

"Survival for me is telling the truth and being my authentic self," she said. "That's all I know how to do."

Clearly, the gloves are off, and viewers are divided. Time will tell how Rinna's co-stars respond. But as fans of the reality series have come to expect, and if past is prologue, things are about to get ugly in Beverly Hills. Catch all the action on Bravo at 9 p.m. Eastern on Tuesdays.