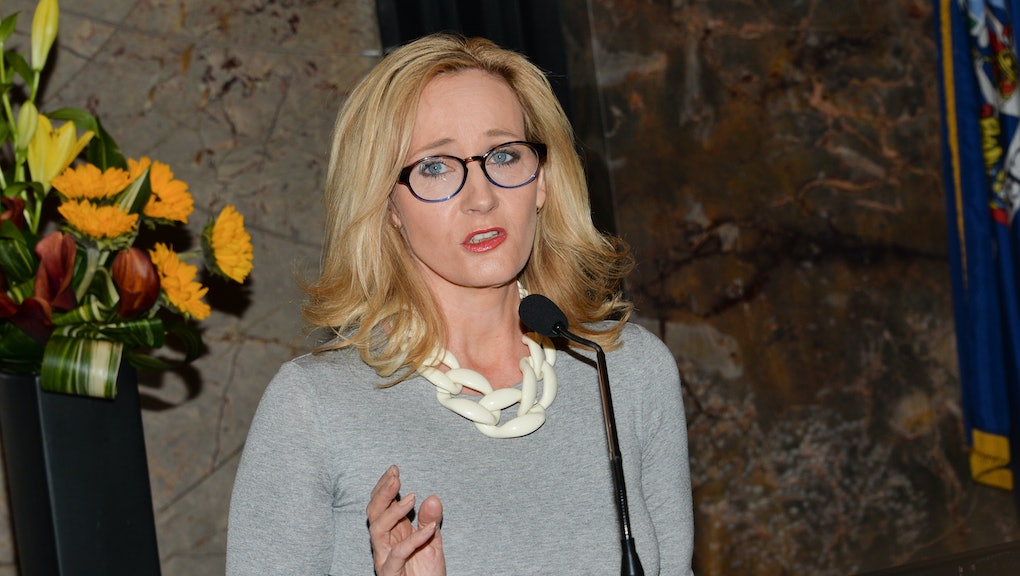 On Tuesday, author J.K. Rowling expanded the borders of Harry Potter's wizarding world when she released the first of a series of pieces on website Pottermore meant to explain how the magic community operates in other parts of the world.

Rowling kicked it off with an entry on Native American wizards in the 14th through 17th centuries, elaborating on the difference between their practices and their European and African counterparts.

Read more: What Is or Isn't Cultural Appropriation? Look at Coldplay and Beyoncé's New Video

But while some may have rejoiced at the fully realized world Rowling introduced, others accused the writer of appropriating native culture for the sake of her fictional universe. On Twitter, people pointed out that the practices she explains have legitimate roots in Native American communities:

Others accused Rowling of straight-up racism:

Some Twitter users, though, didn't think Rowling crossed any lines, suggesting she was simply exercising her creative freedom as a writer — and appreciating, not appropriating:

But one Twitter user posted a string of tweets explaining why she believes Rowling's new work is an example of non-natives feeling entitled to borrow freely from native culture:

Rowling hasn't yet responded to any of the push-back to her new writing, save to explain "skin-walkers," the humans who can transform into animals, according to Native American legend.

But it looks like even wizards will have to reckon with an age-old question: appreciation or appropriation?