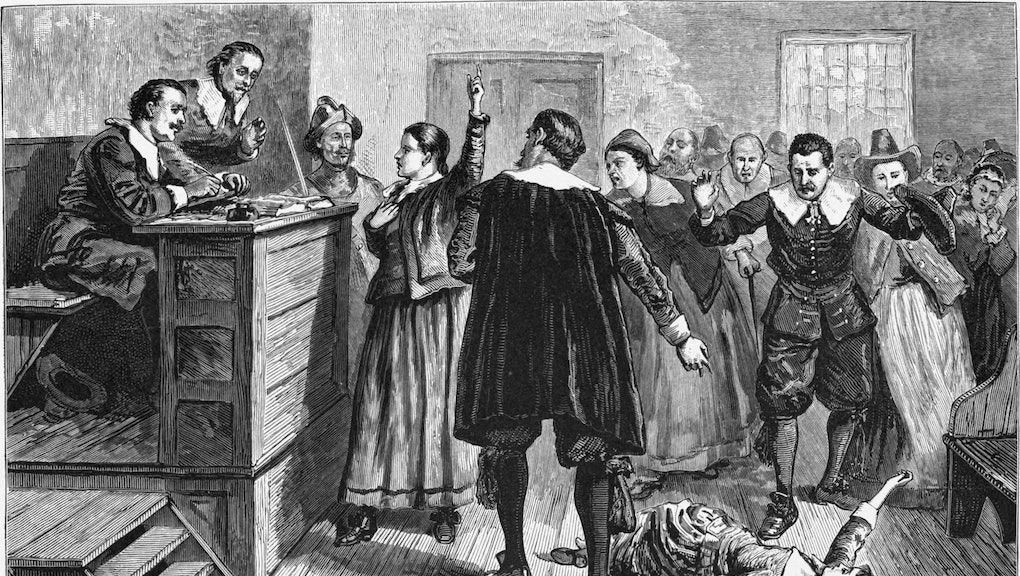 In the latest installment of her Magic in North America series, J.K. Rowling writes that a number of people burned at the stake during the Salem Witch Trials of the 1690s were, in fact, witches, though innocent of the crimes they were accused of. In addition, Rowling writes that magical historians believe that at least two of the Puritan judges were wizards.

Rowling's (fictional) reveal was made in the short story, "17th Century and Beyond" — the latest segment of A History of Magic in North America, which is being released exclusively on the fan website Pottermore this week.

"The famous Salem Witch Trials of 1692-93 were a tragedy for the wizarding community," wrote Rowling. "Its immediate effect was to cause many witches and wizards to flee America, and many more to decide against locating there."

In the story, Rowling also reveals that witches and wizards, typically leaving Europe for the same reasons as their non-magical counterparts, faced a multitude of challenges in the New World, none more dangerous than the Scourers.

The Scourers, Rowling writes, were an "unscrupulous band of wizarding mercenaries of many foreign nationalities, who formed a much-feared and brutal taskforce committed to hunting down not only known criminals, but anyone who might be worth some gold."

The lawlessness of early America allowed Scourers to proliferate, and it is believed their infiltration of the Salem trials was done to settle private debts between one another.

The trial had grave consequences for the development of magic in North America. With fewer and fewer pure-blood witches and wizards making the trek over, America became populated by the magical offspring of non-magical parents (known now as No-Majs). The trials also led to the establishment of the Magical Congress of the United States of America in 1693 — though it is unclear what states would have existed at the time to comprise it.

Most consequential of all, the Scourers who ultimately avoided discovery blended into the No-Maj population by marrying into it. They lost their magical genes in succeeding generations. These families tended to harbor a deep aversion to magic.

"It may be partly due to the anti-magic beliefs and activities of the descendants of Scourer families that North American No-Majs often seem harder to fool and hoodwink on the subject of magic than many other populations," wrote Rowling.

She added, ominously, "This has had far-reaching repercussions on the way the American wizarding community is governed."