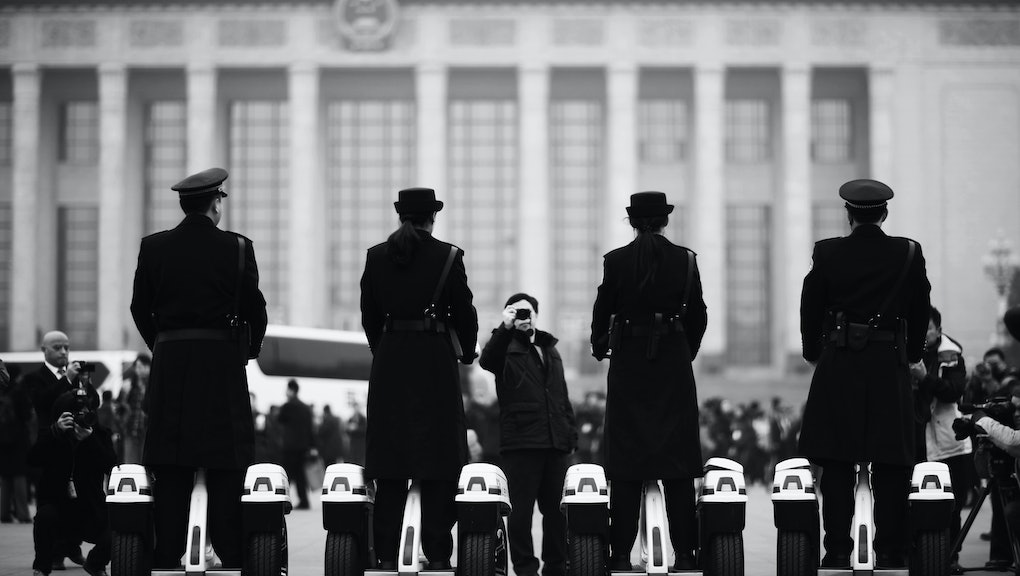 China Is Creating a Thoughtcrime-Predicting Surveillance System for Its Citizens

China is developing one of the most effective, creative and innovative surveillance states in the world, and we're the ones who showed them how.

The Chinese government hired China Electronics Technology to create a database that collects an untold wealth of personal data in order to find people who might eventually commit a crime — a predictive policing system that uses anything from bank statements, buying habits, hobbies and surveillance camera footage to determine ahead of time who is likely to commit a crime, Bloomberg reported.

A common refrain when a government expands its surveillance capabilities, the program is used to find "terrorists" — anyone who might make a strange purchase online, browse dissident literature online or exhibit any behavior the government believes will lead to terrorism.

The Chinese people don't have robust protections against what their government can know about them. And China has a viscous definition of what counts as a "terrorist."

Paper trails: China has a long history of using any available paper trail to create detailed dossier — called a dang'an — on its citizens, whether or not they're even suspected of crimes. That paper trail used to include school reports, personality assessments, bills and political documents. But now, Chinese authorities have access to cellphones and public cameras.

Who needs a personality assessment when you can get someone's entire network of friends and interests from a social media profile?

China is investing not just money but artificial intelligence research into making its surveillance apparatus more efficient. Defense One points to two mathematical models published recently by Chinese data scientists. The first scrubs phone video cameras to recognize faces without even connecting to an external database. The second predicts a "public security event" like a protest using historical data going back to 1998.

Like us, only better: In the U.S., we have more robust protections against what kind of data police can hold and use. But while the Chinese people don't benefit from our protections, Chinese authorities benefit from us setting an example for the way governments can surveil people.

We, too, have research programs studying how to predict political dissidence and protests before they happen. We have police officers hiding out on Facebook under fake profiles waiting for someone to out themselves as a criminal. We are installing cameras in the name of safety regardless of the possible surveillance implications.

We're the ones who invented predictive policing, after all.

In December, the U.S. Department of State spoke out against China's privacy laws and growing surveillance apparatus, with one spokesperson saying it "could lead to greater restrictions on the exercise of freedoms of expressions, association and peaceful assembly."

What was China's response? They called us hypocrites.