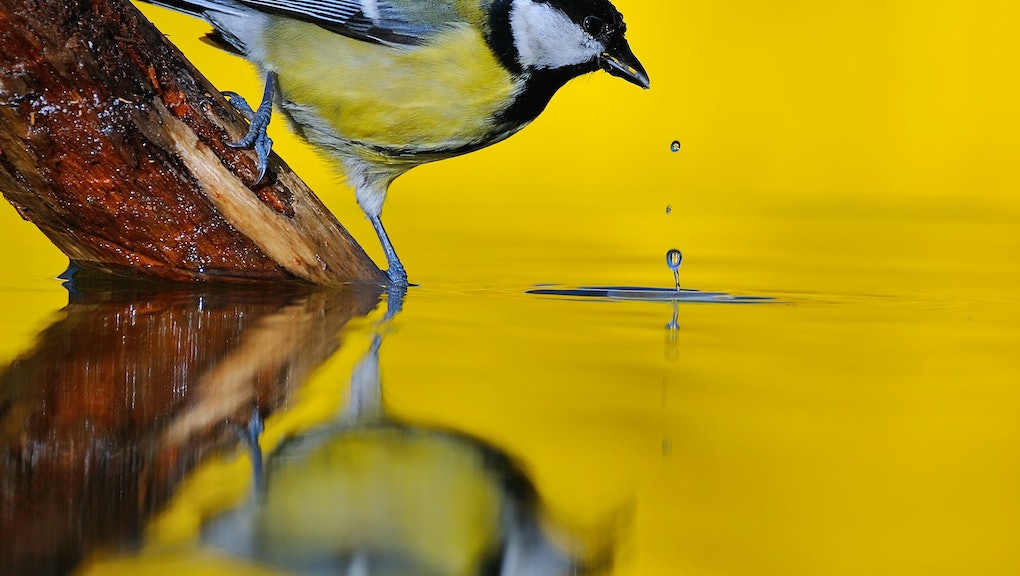 This week in fascinating biology, a study has found that humans aren't the only animals who use syntax — the specific ordering of words and phrases — to convey meaning. There's a species of bird that does it too, and it's called the Japanese great tit.

The great tit communicates using an intricate system of calls, according to the Washington Post. And just as humans intentionally arrange words and phrases in order to deliver complex messages, this bird arranges its calls. It might use a so-called "ABC" call followed by a "D" call, for instance, to tell other birds to approach, while scanning for predators.

Toshitaka Suzuki of the Graduate University for Advanced Studies has devoted a decade to the study of great tits and their D calls.

"In the course of 10 years of field research, I noticed that the Japanese great tit has a wide variety of call types and uses many different calls in different contexts," Suzuki told the Washington Post.

The scientific study on the Japanese great tit is a blast to read, but your time is valuable — so we put together a selection of its best lines.

"First, we searched for a flock of Japanese great tits."

"Experiments were conducted in a color-ringed population of Japanese great tits in a mixed deciduous-coniferous forest near Karuizawa, Nagano Prefecture, Japan."

"Tits produce 'chicka' calls when approaching and mobbing predators, and these calls contain a number of unique call types composed of different note types, mainly A, B, C and D notes."

"Tits that produced D calls were more likely to subsequently attract their mates than tits that did not produce D calls."

"In response to playback of ABC-D calls, tits scanned the surroundings more than when hearing D calls."

"For example, scanning the surroundings is likely to allow a tit to efficiently detect a flying predator, such as a crow that can approach a nest from all directions."

"Observations were made at 15 [meters] from the nest box, a distance from which the tits' behavior was not disturbed."

"In some trials, tits visited the nest boxes and flew out of sight immediately after feeding chicks."