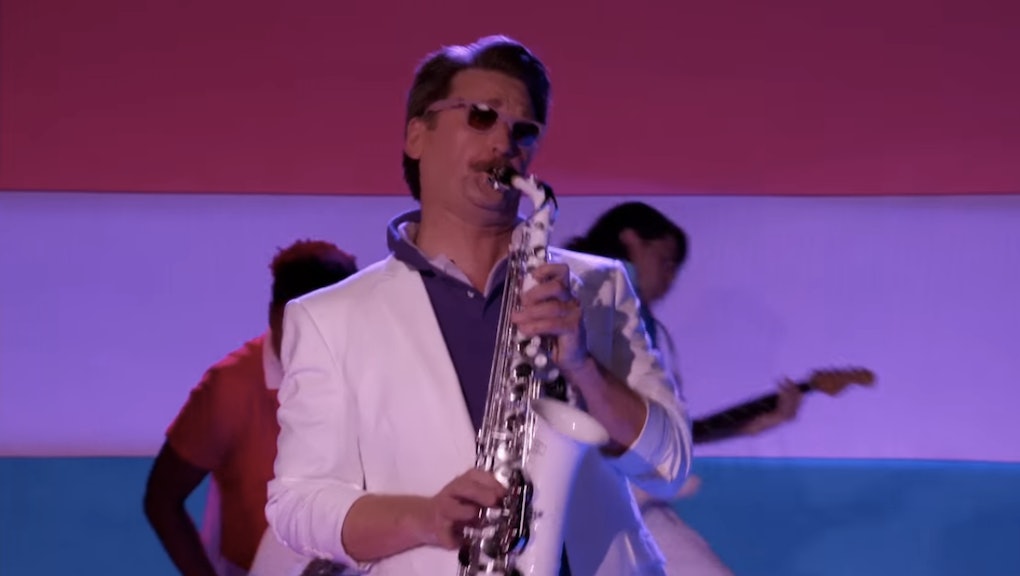 When's the last time you saw an openly bisexual man sing a 1980s-inspired pop jingle all about his widely misunderstood sexual orientation? Never, you say? Well then, check this out!

On a March 8 episode of the CW's dramedy-cum-musical Crazy Ex-Girlfriend, the character of Darryl came out as bi and addressed the myriad stereotypes and double standards facing bi men at the same time.

And he did so melodically, to a zippy, sax-infused pop groove.

And while LGBT representation has drastically improved over the past few years, bisexual people still struggle with erasure and stigma, which is why some people feel that this cheeky little jingle is actually kind of a big step towards validating male bisexuality in society.

"There's never been anything like this on television," Samantha Allen wrote for the Daily Beast earlier this week. "It's exactly the sort of bisexual visibility that's been sorely lacking as the medium grows more diverse."

Did we mention there is a delightful saxophone solo at the end? We need more saxophone solos when discussing matters of sexual orientation, TBH.

Watch the full video for "Getting Bi" below.