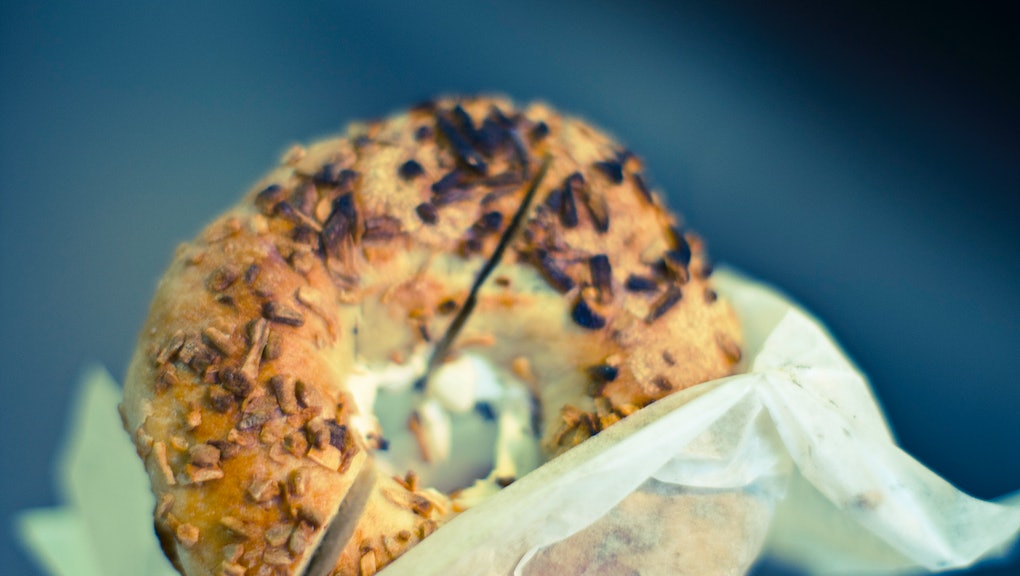 Apologies for any mornings ruined, but that beloved bagel from the deli on the corner might be contributing to a 49% higher risk of developing lung cancer, even more pronounced with those who didn't smoke, a study published on March 4 suggested. The researchers studied the lifestyles (like eating habits and income) of 1,905 people diagnosed with lung cancer and 2,415 who haven't.

The theory is that a diet that consists of starchy, sugary high-glycemic foods — such as bagels, white rice and potatoes — makes the body's blood levels rise and prompts it to create insulin, which spurs a compound that causes cell growth, according to NBC. In simplified terms, cancer is when cells uncontrollably divide and spread, so high-glycemic foods could be prompting the growth of small tumors.

Read more: 7 "Healthy" Lunch Foods That Are Actually Terrible for You

But it's not just the number of bagels and their high-glycemic friends you eat, as the researchers suggest that it's "average quality, instead of quantity, of carbohydrates consumed that may modulate lung cancer risk."

The study also stated that diets heavy in red meat, saturated fats and dairy products can increase the lung cancer risk. While diet recommendations shouldn't be drawn from the study, the researchers do suggest seeking a more balanced diet of whole wheat.

Other studies have found links between the glycemic index and cancers such as stomach, pancreas, ovarian and thyroid, the researchers wrote, according to NBC.

But lung cancer remains the leading cancer in the United States, accounting for 27% of all cancer related deaths in 2015, according to the American Lung Association.