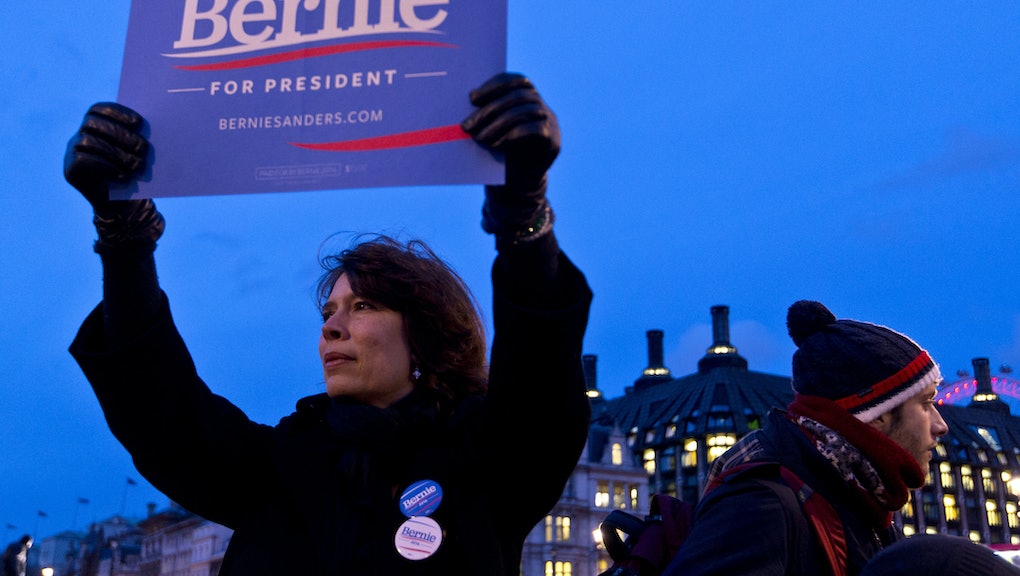 This Bernie Sanders Meme Misses the Point of Democratic Socialism

A Bernie Sanders campaign sign was vandalized and a photo of the damage is going viral. As the photo shows, the Sanders sign was torn in half and the missing portion was replaced with a handwritten note — a display that seemingly takes a jab at the candidate's policy proposals. "I took half of your sign because you had one and I didn't," reads the note attached to the sign. "I'm sure you understand."

An image of the vandalized sign made its way to Facebook, where one user backdropped the picture with the caption, "Socialism, a great idea... until it shows up in your front yard."

Read more: Bernie Sanders' Biggest Supporters Are Urging Him to Fight Until the Democratic Convention

So what is democratic socialism, really? According to the Democratic Socialists of America, "Democratic socialists believe that both the economy and society should be run democratically —to meet public needs, not to make profits for a few," in order to create a more fair and prosperous way of life.

"To achieve a more just society, many structures of our government and economy must be radically transformed through greater economic and social democracy so that ordinary Americans can participate in the many decisions that affect our lives."

As the organization explains, there can be a number of misconceptions tied to the political philosophy, chief among them the idea that socialism will disincentivize Americans to work, or that democratic socialism is synonymous with the failed Communist states of the 20th century. In short, though democratic socialism does take a critical stance on things like the distribution of wealth and some elements of capitalism, the political doctrine does not equate to communism.

So how would Sanders explain it? "If you look at the issues — you don't have to worry about the word 'socialist' — just look at what I'm talking about," the senator from Vermont told the Des Moines Register in 2015.

"If you go out and ask the American people: Is it right that the middle class continues to disappear while there has been a massive transfer of wealth from working families to the top one-tenth of 1 percent? Trillions of dollars in the last 30 years have flown from the middle class to the top one-tenth of 1%. And the American people say, 'No, that's not right.'"