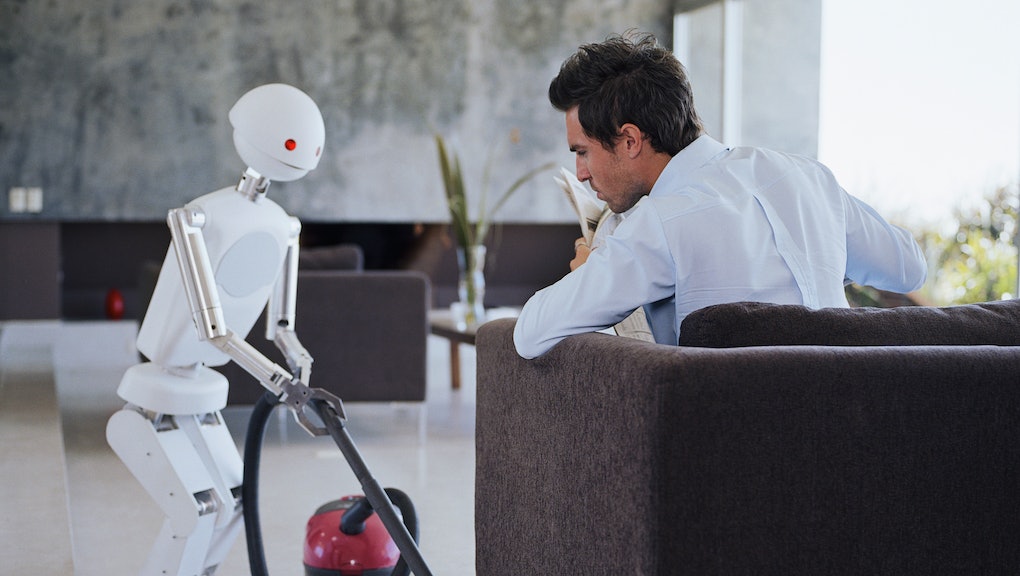 A new study from the Pew Research Center found that 65% of Americans believe that over the next 50 years robots will take many jobs currently occupied by humans.

Surprisingly, the youngest and most affluent Americans comprise the automation doubters. The study said 35% of 18- to 49-year-olds and 38% of those who make over $75,000 a year think robots will not inherit the lion's share of jobs.

But the majority sentiment is largely in keeping with current research into how robots will affect workforces in the years to come. The most famous study, out of the University of Oxford, noted that roughly 47% of U.S. jobs are ripe for automation. Subsequent studies have built on that number, specifying which countries and cities are most vulnerable to machines stealing jobs from citizens. A report commissioned by Citi and executed by the same duo that wrote the original Oxford study, for example, indicated the U.S. is actually less susceptible to job automation than Ethiopia, where the report estimates 85% of jobs are likely to be threatened by robots.

Despite two-thirds of Americans believing that the robots will seize jobs, an overwhelming 80% think that their own jobs are not at risk, Pew reported.

So what kinds of jobs are most at risk? Low-skill jobs are in the most danger, according to Thumbtack, a marketplace for professional services. It recently released a report identifying "gig economy" jobs as prime targets for robotic employees. That includes Uber drivers and TaskRabbits — any endeavor where the client is indifferent to the person they're hiring. In accordance with this report, Uber CEO Travis Kalanick has already expressed intentions to supplant human drivers with self-driving cars.

But as Alec Ross, former senior adviser on innovation for Hillary Clinton, previously explained in an interview with Mic, automation isn't just coming to low-wage jobs. Professions that have repetitive — and therefore programmable — tasks are also likely to replaced with algorithms. For instance, advances in medical technology could allow one anesthesiologist to manage five surgeries, where once each surgery required its own anesthesiologist. That displaces four anesthesiologists, which are highly paid jobs that necessitate years of education.

"So the one [anesthesiologist] who would remain, who would be monitoring the five and be able to go into the room if there were a problem, would be the best of the sample. It's making the labor more and more specialized, and it's punishing mediocrity. I think the future is going to be a terrible time to be mediocre," Ross told Mic.

All of the concern over automation is prompting debates about how we should support those who lose their jobs to nonhumans, especially if the economy is unable to generate enough new jobs. One day it could even mean that the government supplies every resident with a basic income just for being alive.