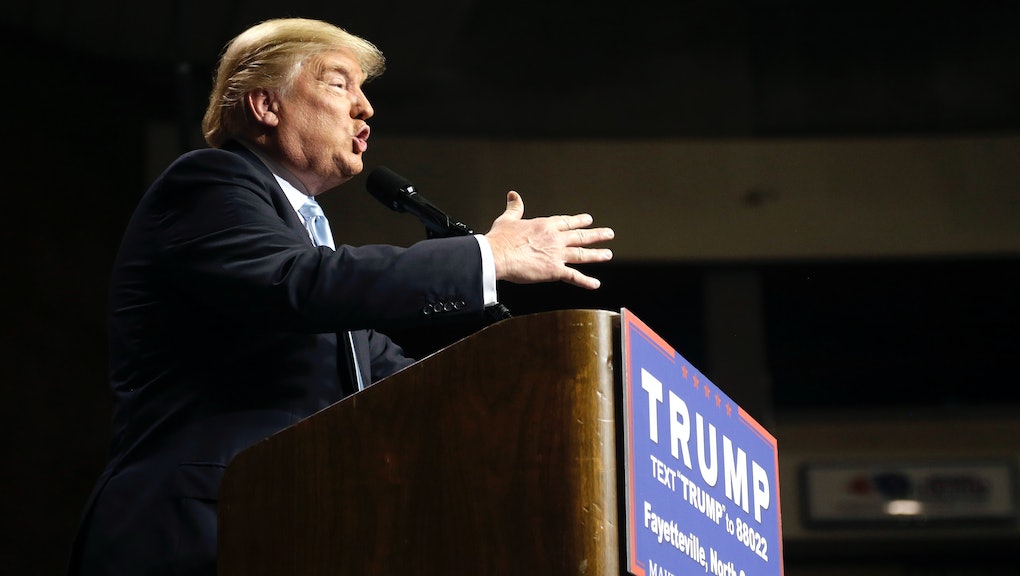 Donald Trump may have out-Trumped himself Wednesday when he claimed during a CNN interview that "Islam hates us."

The logical fallacy of suggesting an entire religion has the sentient agency to not only hate, but to hate "us" — the U.S., a country that boasts about 3.3 million Muslims among its citizenry — is matched only by its demonstrable falsehood.

But that, America, is why we have Twitter: to explain the inexplicable, to simplify the un-simplify-able.

The hashtag was quickly picked up by other Twitter users, who similarly adopted Trump's framing of Islam as a sentient being capable of individualized thought, feelings and progressively irritating — and controversial — actions:

Sometimes, these even verged on the unforgivable:

And the rest, as they say, is history:

It might all be fun and games if Trump was not also the frontrunner for the Republican presidential nomination.

The businessman and reality TV star has earned the ire of Muslims across the U.S. for his vocal Islamophobia over the course of his campaign, having suggested on separate occasions that Muslims should have to enter their names in a registry so the government could track them and that the U.S. temporarily ban all Muslims from entering its borders.

A striking number of Trump primary voters have also said in exit polls that they support Trump's proposed Muslim ban, while supporters at Trump's rallies have made headlines for their hostile treatment of Muslim attendees.

The hashtag is #NextLevelTrump — but considering how low he's sunk already, it's difficult and frightening to imagine what that "next level" really looks like.