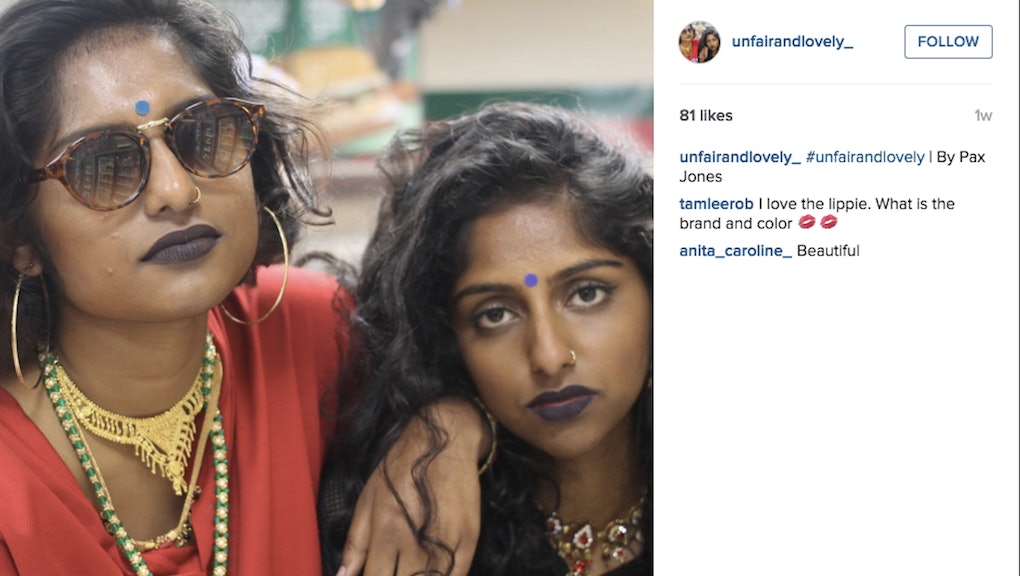 There are so many cultural imports from the West into South Asia — unfortunately, racism is one of them.

A higher value placed on lighter skin — especially for women — prevails in Pakistan, India and Bangladesh — and for a region of the world where its people are naturally more dark skinned, one can see why this would be especially problematic.

But three University of Texas students hope to rectify this with a movement of their own.

Piggybacking off Reclaim the Bindi Week (March 8 to March 14), these students have started the social media campaign #UnfairAndLovely — a jab at one of South Asia's most popular bleach creams, Fair and Lovely.

Bleach creams such as Fair and Lovely, designed to lighten women's skin, are among some of the more lucrative beauty products in the region, comprising a $500 million industry, giving an indication of how real and pervasive the problem is.

To participate in the campaign, one can either direct message @unfairandlovely_ or @reclaimthebindi with one's picture and message or by uploading your image via your own account, accompanied by the hashtag #UnfairAndLovely.

People across various social media platforms have embraced the movement, which is largely being regarded as both empowering and necessary.

While the campaign is being associated with a week devoted to preserving or reclaiming Hindu culture, it is important to note the problem of relegating darker-skinned women to a position of inferiority transcends Hinduism, nor is it a singularly Indian problem. Pakistan and Bangladesh, also part of South Asia, are predominantly Muslim countries (not to mention the millions of Muslims in India, which also contains a host of other religions).

But irrespective of who "owns" this particular brand of racism, one thing is for sure: Taking a stand is long overdue.