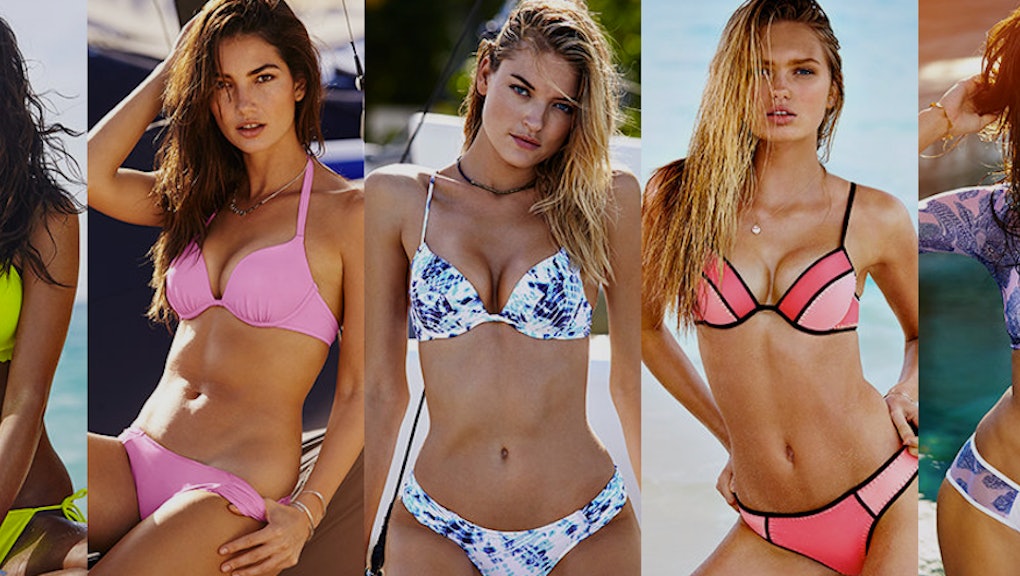 The Victoria's Secret Swim Special aired on CBS Wednesday night, and viewers were treated to an hour of Victoria's Secret "Angels" frolicking around on the island of St. Barth's, splashing in the ocean and posing on rocks, while waves crashed around them.

But there was something missing from the special — out of 13 women who appeared on the show, not a single one was plus-size.

The exclusion of plus-size models was a disappointing move, especially after Sports Illustrated took a major step forward by including plus-size model Ashley Graham on the cover of the magazine's most recent swimsuit edition.

If the Swim Special proves anything, it's that we're still not offering young women enough examples of different kinds of beauty, and when it comes to swimsuits, especially, that diversity is important. A 2007 survey found that "83% [of women] feel 'judged' by other women when wearing a swimsuit."

The absence of body diversity in the special only serves to reinforce the harmful message that stylish swimsuits are only for women with a specific body type.

Thankfully, more and more brands have come forward to challenge the stereotypical "bikini body" by making and marketing swimsuits that are designed for lots of different body types.

Back in June, Target launched a body-positive swimsuit campaign, "A Fit for Every Body," featuring bloggers, not models, wearing swimsuits in a range of sizes and styles. In January, plus-size blogger Gabi Gregg — aka GabiFresh — released her newest swimsuit line with the plus-size retailer Swimsuitsforall.

This body diversity is paying off. Bra and underwear brand Aerie recently announced a 20% sales jump from last year, crediting its #AerieReal campaign, which celebrates women of all shapes and sized, for the spike.

Will Victoria's Secret take note and include plus-size models in their next show? We'll be watching.