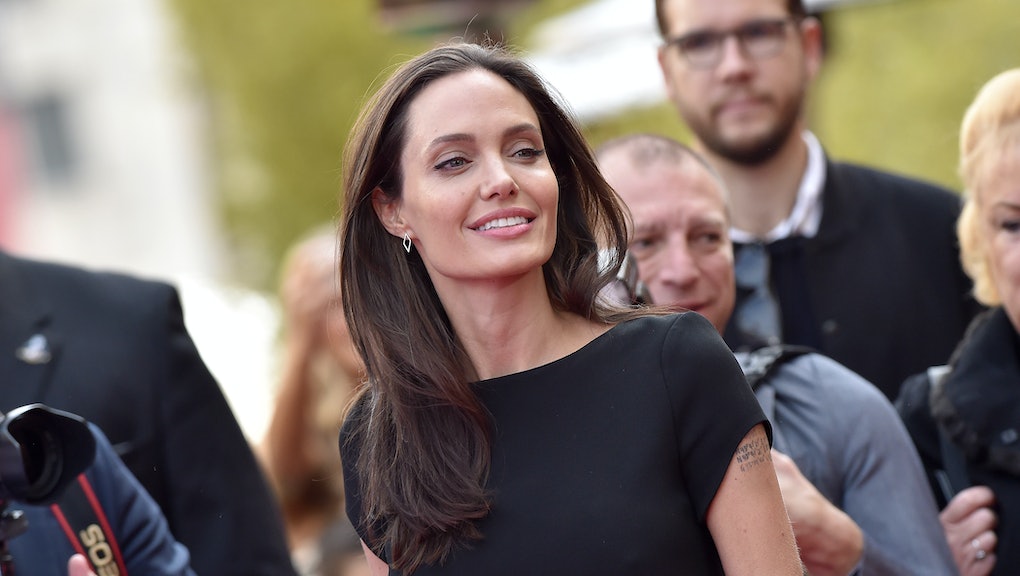 Oscar and Golden Globe-winning actress, humanitarian wife and mother Angelina Jolie has worn the celebrity badge for quite some time now. As a certified badass, Jolie has an affinity to take on high-action roles, such as in Tomb Raider and Mr. & Mrs. Smith. So when it comes to her health and diet, Jolie reportedly relies on ancient grains, according to Marie Claire.

"She's into eating products made from ancient grains and raves about their health benefits," a source told Marie Claire in 2014. "She claims they provide her with nutrients she can't find anywhere else, plus shinier skin.''

What are they? Despite their mystical name, ancient grains are easy to come by in the grocery store's aisles and even easier to incorporate into a diet (keeping in mind, that not all are gluten-free). Ancient grains deserve to represent the superfood title, since some can help prevent cancer and high blood pressure and are high in fiber when eaten still whole, according to the Washington Post.

Quinoa is the most popular type, but there's also farrow, teff, chia (which are technically seeds), fresh and buckwheat, according to the Stir. For her skin and hair, Jolie favors quinoa, chia seeds, millet, spelt and buckwheat in particular, according to Harper's Bazaar.

How to eat ancient grains: Dubbed the "mother of all grains," quinoa as a whole grain is easily boiled, having a couscous-like consistency. This grain is rich in iron, phosphorous and potassium, the Post reported. It's easy to sub in for rice and pasta or add to salads and soups.

Millet is high in magnesium and can be cooked whole like quinoa, or popped like a nutty popcorn. Millet flour is also widely available for sneakily baking into baked goods.

The spongy Ethiopian injera bread is made of teff, which is high in calcium and fiber, according to the Stir. The tiny grain is gluten-free and can easily be made into porridge, baked into things or found in cereal, according to the Post. Teff can also be sprinkled into salads or soups.

And everyone knows about chia pudding by now.

Apparently, Jolie starts her day off with a spoonful of coconut oil and a handful of cereal, but that's not really recommended, according to Marie Claire.