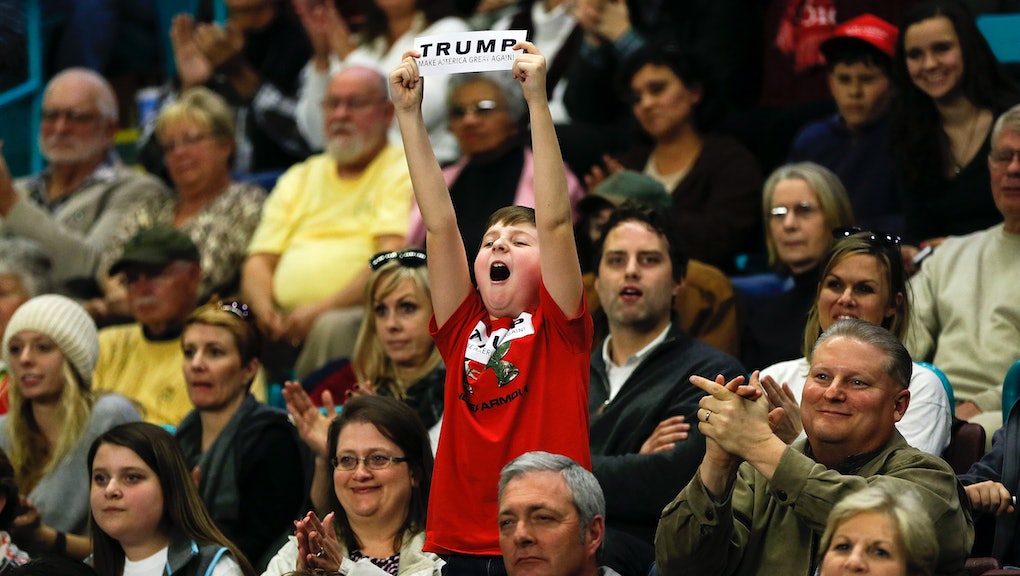 Who Bears the Weight of Donald Trump's Racism? Look to America's Children

Does Donald Trump care that America's children are using his policies to taunt one another?

Not necessarily, according to a segment that aired on Wednesday's Morning Joe on MSNBC.

In the segment, NPR Senior News Analyst Cokie Roberts asked the GOP candidate if he's proud that some white children have taunting Hispanic classmates by telling them that Trump — if elected — could deport them.

"Mr. Trump, there have been incidents of children, of white children, pointing to their darker-skinned classmates and saying, 'you'll be deported when Donald Trump is president,'" Roberts told Trump in a phone interview.

"Is that something that you've done into the American and social discourse that you're proud of?"

His answer? "I think that's a nasty question."

Specifically, Roberts outlined how kids used the U.S.-Mexico border as fodder for insults: "There have been incidents of white kids at basketball games holding up signs to teams that have Hispanics on them saying, 'We're going to build a wall to keep you out.'"

"And I'm not proud of it because I didn't even hear of it, okay," Trump added. "I certainly do not like it at all when I hear about it. You're the first one that told me about that."

Two of the incidents Roberts was likely referring to were reported by several large news outlets, including CNN, and involved white students holding up Trump signs and chanting "build that wall" at Hispanic students.

On Monday, the Washington Post's Petula Dvorak published a widely circulated blog post in which she describes how students in some Virginia schools have internalized Trump's rhetoric:

"Get 'em out!" is what Trump screams at rallies when he sees Black Lives Matter and other protesters, even silent ones. This is not far off from what some third-graders allegedly said to two brown-skinned classmates in their Northern Virginia classroom"

"Get 'em out!" is what Trump screams at rallies when he sees Black Lives Matter and other protesters, even silent ones. This is not far off from what some third-graders allegedly said to two brown-skinned classmates in their Northern Virginia classroom."

But Trump told Roberts the wall he intends to build will welcome the people we want in the country with a "big, beautiful door."

"Unless you think America is already great," Roberts added.