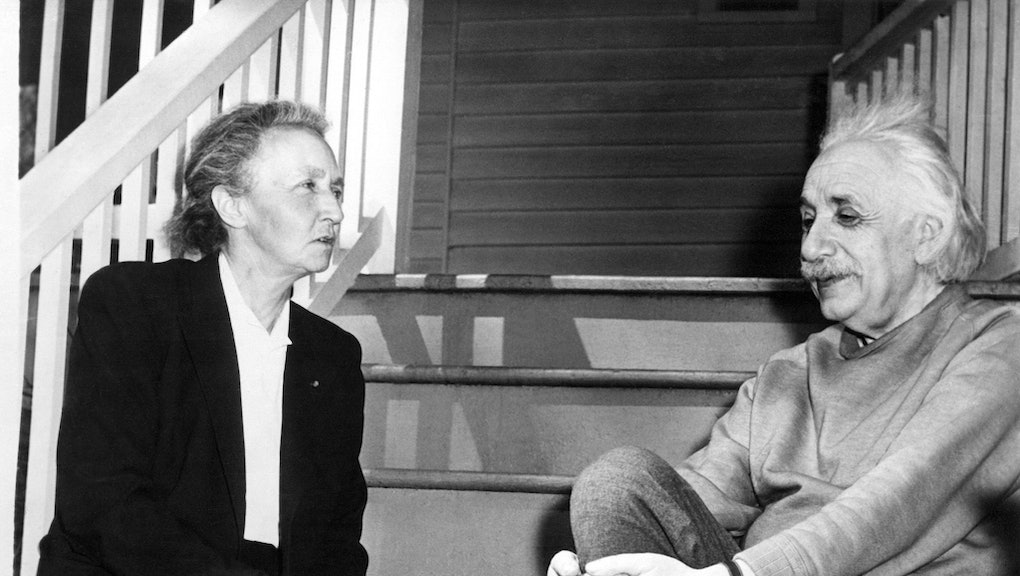 The internet's problem with misogynistic trolls is as out-of-control as ever — but one young woman has a genius weapon against all their awful sexism: science.

Emily Temple-Wood, a biology major at Loyola University, started WikiProject Women Scientists in 2012 in an attempt to combat the sweeping underrepresentation of women in the annals of scientific discovery.

It was only a matter of time before the sexist trolls descended on her project. "Throwaway email addresses frequently send her requests for dates, condescendingly discuss her body, insinuate that she got to where she is through sexual favors, ask her to reserve those favors for themselves, and when she doesn't reply, they spew profanities," Wikimedia Blog reports.

Instead of retaliating in kind, Temple-Wood and the followers she's acquired write a biography on a woman who's made a valuable contribution to science for every hateful message she receives.

The impetus for Temple-Wood's project came from her astounding discovery that very few women who were part of the Royal Society — the premier global science academy — had their own Wikipedia pages.

"I got pissed and wrote an article that night," Temple-Wood said, according to Wikimedia Blog. "I literally sat in the hallway in the dorm until 2 a.m. writing the first women in science (Wikipedia) article."

One such woman included in the WikiProject is Emmy Noether, who Albert Einstein described as "the most significant creative mathematical genius thus far produced," Vox notes.

Noether's theorem that the continuity of natural symmetry is connected to conservation (i.e., a finite amount of energy in the universe) forms the basis for much of what we know of physics today.

Another such woman is Barbara McClintock, the 1983 Nobel laureate in the category of Physiology and Medicine. McClintock was a cytogeneticist who studied the transformation of chromosomes as genes are passed down from generation to generation.

After all, some of the most important milestones in science were achieved by badass women. You wouldn't troll Nobel laureate Marie Curie, would you?

Nor Ada Lovelace, the 19th-century mathematical savant and the world's first computer programmer?

Thankfully, the list of scientifically minded ladies is a seemingly endless one, meaning there is no shortage of material for Temple-Wood to combat her trolls — if there's one Ag-lining to be had out of all this.