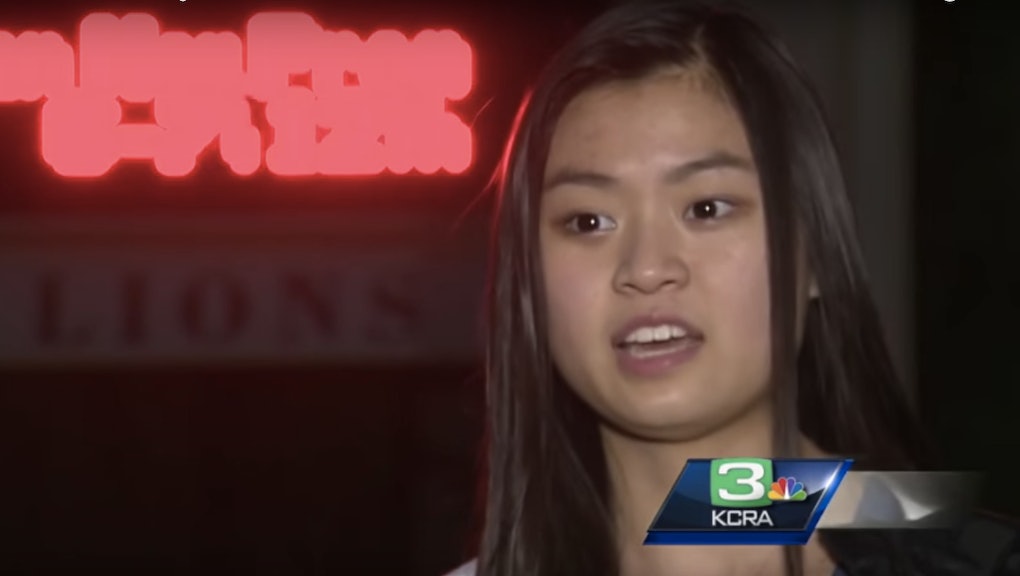 At the Feb. 25 game between California high schools C.K. McClatchy, Kumamoto's daughter's school, and Oak Ridge, students on the opposing side allegedly hurled racist insults and chants at McClatchy players.

"I heard 'soy sauce' — a lot of our players are of Asian decent," Kumamoto told KCRA. He said he also heard students in the stands say things like "small eyes" and "go back to Fiji."

"A lot of the administration were there at the game and it didn't seem like they were making any moves to stop it," Kumamoto said.

On Tuesday, Kumamoto posted a video clip from the game on his Facebook page, showing a tussle on the court ending with players from both teams taking a tumble. He called out again to the "racist taunts," but added this as a guess as to why school administrators didn't act sooner: "If these racial taunts were made against african americans [sic], there would be outrage," Kumamoto wrote. "But because they were made against asians [sic], nobody on the Oak Ridge staff seemed to think there was a problem. "

This week, administration from El Dorado Union High School District released a statement addressing the incident. According to Raw Story, it reads, "We are disappointed and saddened by this situation and are working to address the inappropriate behavior. It is our expectation that respect be given to all during our athletic events and apologize that this was not the case on this particular evening."

As Mic has previously reported, the racism wielded against Asian-Americans has harmful consequences. "The stories we do or don't tell about Asian people in the United States have not only enshrined harmful misconceptions, but have made a diverse network of cultures in this country invisible," Mic's Zak Cheney-Rice wrote.

And anti-Asian racism, particularly the "model minority" myth, has consequences for other minority groups.

"Right-wing pundits have also used this stereotype for years to belittle other Americans of color," Cheney-Rice wrote. "'Look how well Asians are doing in the U.S.,' their logic goes. 'Why are black Americans struggling so much?"