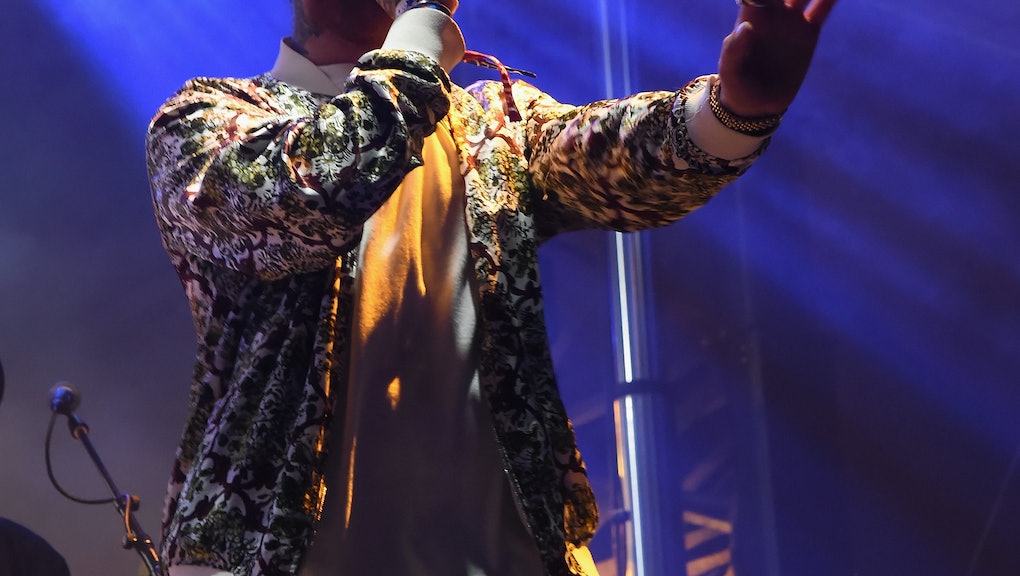 Philadelphia rapper Mac Miller showed up on Wednesday night's episode of The Nightly Show With Larry Wilmore to stir things up with his old nemesis Donald Trump. Miller had some very strong words for the Presidential candidate.

Read: Why Donald Trump's Retweet of a Neo-Nazi Meme Is Even More Dangerous Than You Might Think

Miller and Trump first clashed when Donald Trump threatened to sue Miller for using his name in the rapper's 2011 hit "Donald Trump," reported CNN. Back in December, Miller tweeted out his support for the #BlackLivesMatter movement and urged his followers not to vote for Trump.

On The Nightly Show this week, Miller addressed Trump directly, saying, "I come to you today as a white man in the hopes that you'll listen to me. In other words, let me whitesplain this to you, you racist son of a bitch." Miller went on to call Trump out directly for using rhetoric to "fuel the fire" of hate groups and for the violence against black people at Trump rallies.

"The messed-up thing is, I don't even really know if you're evil," Miller said. "I think you're just such a ... psychopathic power-hungry delusional waste of skin and bones that you'll do, say, or allow anything if it means you'll just get one more minute in the limelight."

Then Miller turned to his fellow citizens, proudly announcing that, in the event of a Trump presidency, he would stay in the U.S., "Because I love America and I'm never giving it up to a troll like you, you bitch."