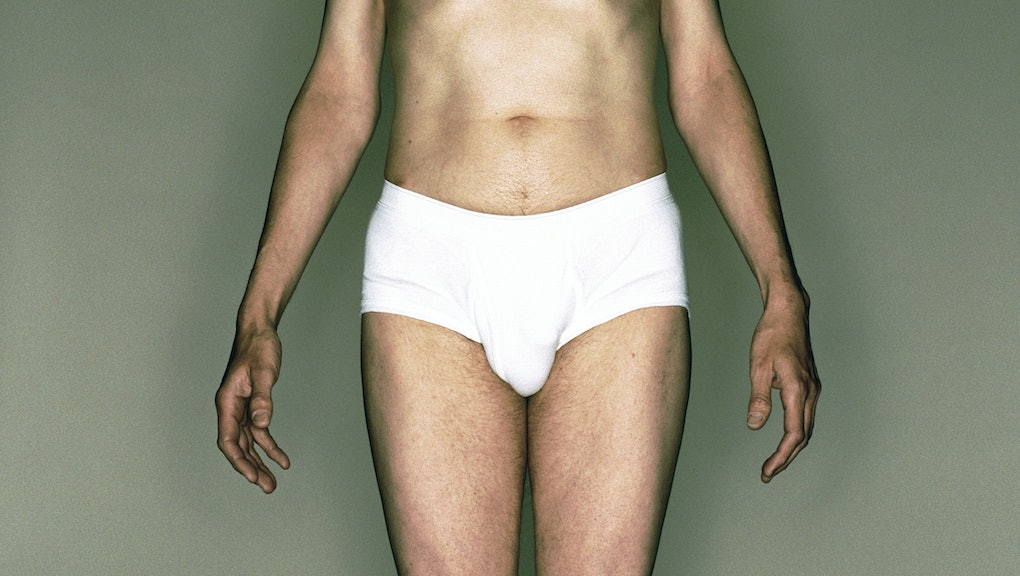 A Surprising Number of Men Struggle With Body Image Issues, Especially During Sex

By now, it's no secret that body image issues are not limited to one gender. While it's often thought of as a woman's struggle, plenty of men have popped up in recent years to say, "Hello, I too feel societal pressure to look fit and slim."

Well, there are some new numbers to back it up. Researchers at Chapman University have determined that up to 40% of men are dissatisfied with their appearance and/or weight and/or musculature and/or all of the above.

Furthermore, many of them reported often feeling #TooFatToFuck.

A press release from Chapman University describes the 116,356-participant study as "the largest examination of body image to date" and quotes lead researcher David Frederick as saying that "the majority of men [in the study] felt that they were judged based on their appearance and reported that they compared their appearance to that of others at social events."

So how is this affecting their actual lives? Well, it's screwing things up in the bedroom. Many participants reported either hiding certain parts of their bodies during sex, or just avoiding sex altogether due to their bodily insecurities.

"Among heterosexual men, 20 percent of normal weight men reported hiding an aspect of their body during sex, most often their stomach, and this was also true for 29 percent of the obese men," the release says. That's a lot of dudes Winnie the Pooh-ing during intercourse.

The study also found that gay men feel slightly more pressure to be hot than straight men, which is not at all surprising when you consider the gay community's much-discussed preoccupation with toned physiques.

These results are clearly an indicator that even though society has handed women a shit deal in many ways — what with innumerable years of objectifying them for their bodies and encouraging them to adhere to unrealistic beauty standards — men don't exactly have it easy.

Things like last year's "dad bod" phenomenon do suggest that the definition of male body beauty is a tad more forgiving than that of women. But let's be honest: Dad bods are only considered hot if the fat is distributed in exactly the right places and exactly the right amounts. Overall, these numbers indicate men are indeed under quite a bit of pressure to have a body that's deemed fuckable.

But here's to hoping that shedding more light on this unfortunate phenomenon will allow people of all sexes and orientations to just let go, let flow and love their bodies, y'know?