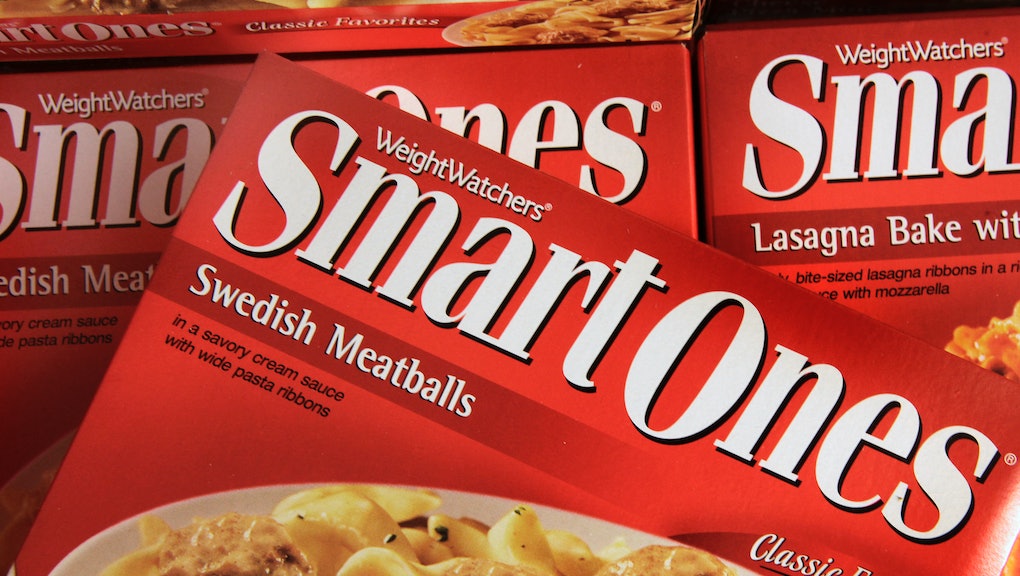 Weight Watchers has been a staple in lifestyle dieting brands since its incorporation in 1963. Even Oprah Winfrey recently endorsed the program, and lost weight without cutting bread, her favorite food. Weight Watchers International, Inc. stock jumped almost 20%. It has to be safe, right O?

While the diet program has likely helped countless people achieve their weight-loss goals, with Weight Watchers being considered the No. 1 best weight-loss diet by the U.S. News and World Report, a deeper look at the ingredients found in certain Weight Watchers Smart Ones frozen meals might make a clean eater think twice before giving the program a stamp of approval.

Though the meals are not the only thing that the Weight Watchers program offers, the company's Smart Ones frozen meals tend to be not so smart choices.

Read more: Why Weight Loss Tea Is the Biggest Scam on Instagram

The Environmental Working Group, an organization that ranks thousands of processed foods based on how healthy they are on a 1 to 10 scale (No. 1 being the best possible ranking), has given its worst possible rating to seven Weight Watchers products, from the program's Pecan Crown chocolates to the Weight Watchers Smart Ones meatloaf meal.

The EWG noted several concerns for the Weight Watchers Smart Ones meatloaf, reporting over a dozen of its ingredients might be produced from genetically engineered crops. The organization also raised a number of other concerns surrounding the processed food's ingredients, noting it "contains the nonspecific ingredient 'flavor,'" "antibiotics were likely used in the production of this meat" and the meatloaf "has been classified as having high processing concerns."

That isn't to say Weight Watchers hasn't helped people lose significant weight — it has. However, some note the program is more of an "institution" than it is dieting inspiration and a lifestyle. Regardless, it's important to remain vigilant of any ingredients that are being consumed in food: Sometimes, the foods you think are healthy might actually be the least nutritional for your body and weight-loss goals.

Check out the EWG food score rankings to compare and contrast certain products and ensure you're aware of how heavily your favorite foods, diet or not, are processed.