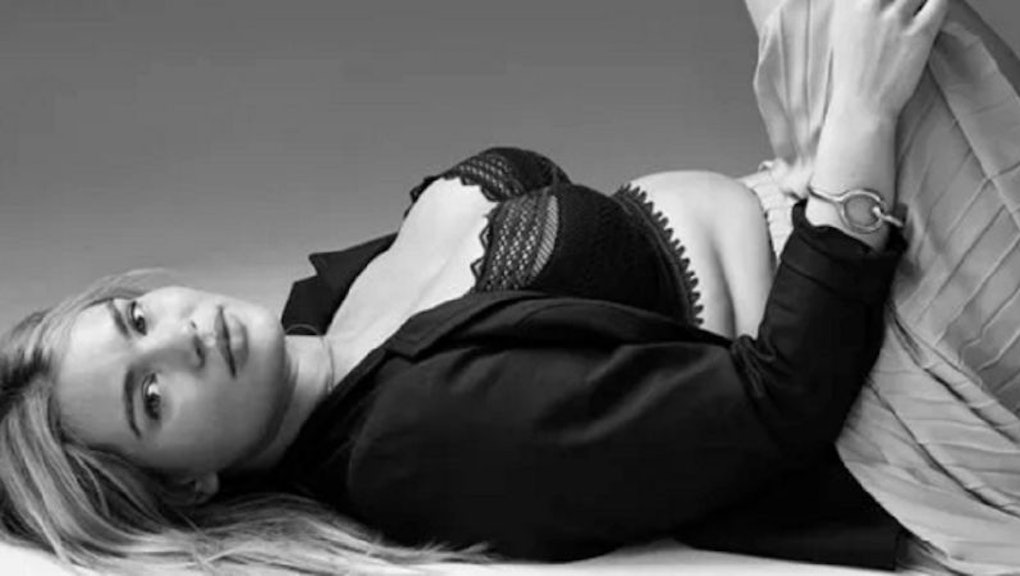 According to TMZ, the 30-second commercial was rejected by both ABC and NBC, telling Lane Bryant representatives that they simply could not air it "as is." NBC maintained the network would accept the ad, but they asked that Lane Bryant make a "minor edit to comply with broadcast indecency guidelines."

TMZ reported that NBC didn't go into any more detail about what's "indecent" about it.

The three models, including staple Lane Bryant model Ashley Graham, share what their bodies can do as they're shown kickboxing, stretching and breastfeeding.

"This body is made for proving them wrong; it's made for being bold, powerful and sexy."

"This body is made for getting it on."

"This body is made for starting a revolution."

In the beginning of the commercial, the camera briefly pans over the models' bare stomachs and the three pose nude for the final shot, though nothing is exposed. Aside from that, the models wear Lane Bryant's line of bras and underwear and rock a couple of other looks in between — you know, like your average Victoria's Secret commercial.

So what's the problem?

In 2010, the brand ran into a similar conflict with ABC and Lane Bryant reps accused the network of sizeism. Now, in a statement released to Racked, the brand said they had no intentions of altering the ad because they believe it's body-positive message rings true:

"The This Body commercial holds nothing back," the statement reads. "It is a true celebration of women of all sizes doing what makes THEM feel beautiful whether it's breastfeeding their newborn, flaunting their bodies the way they see fit, breaking down barriers all around and simply being who they are or want to be!"