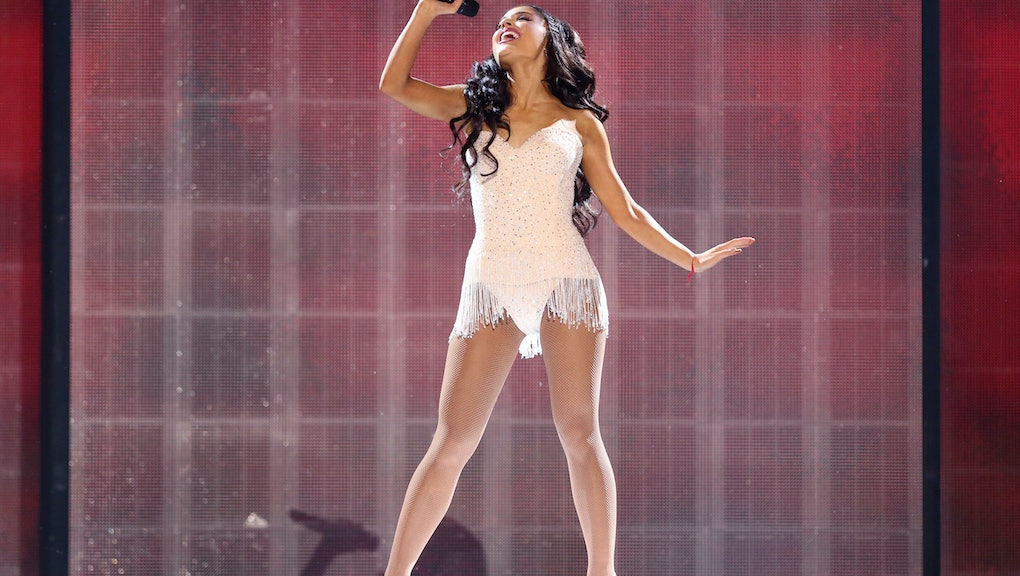 On Thursday, American singer and actress Ariana Grande released the smoldering cut "Dangerous Woman," which is the title track off an upcoming record slated for release on May 20. Dangerous Woman is Ariana Grande's third studio album, and trails 2014's My Everything and 2013's Yours Truly. True to its title, "Dangerous Woman" is dark-brewed track with a femme fatale flair.

The newly-released single will be housed with 14 other tracks on Dangerous Woman, among them "Be Alright," "Into You" and "Let Me Love You," which features Lil Wayne, according to the iTunes pre-order page. The titles to the remaining 11 tracks have yet to be revealed.

After its release, the single soared to the top of the charts in iTunes. The singer tweeted a snapshot of the single's chart placement, captioning the post, "Woke up to see this. I'm so absolutely blown away!!! Thank you so so much. My heart is pounding."

In December, Ariana Grande gave fans a christmas-themed EP, "Christmas and Chill," and in 2015, the singer released the single "Focus," though it's unclear if the sultry single will be included on Dangerous Woman. In October, "Focus" got a music video, Which you can watch here: