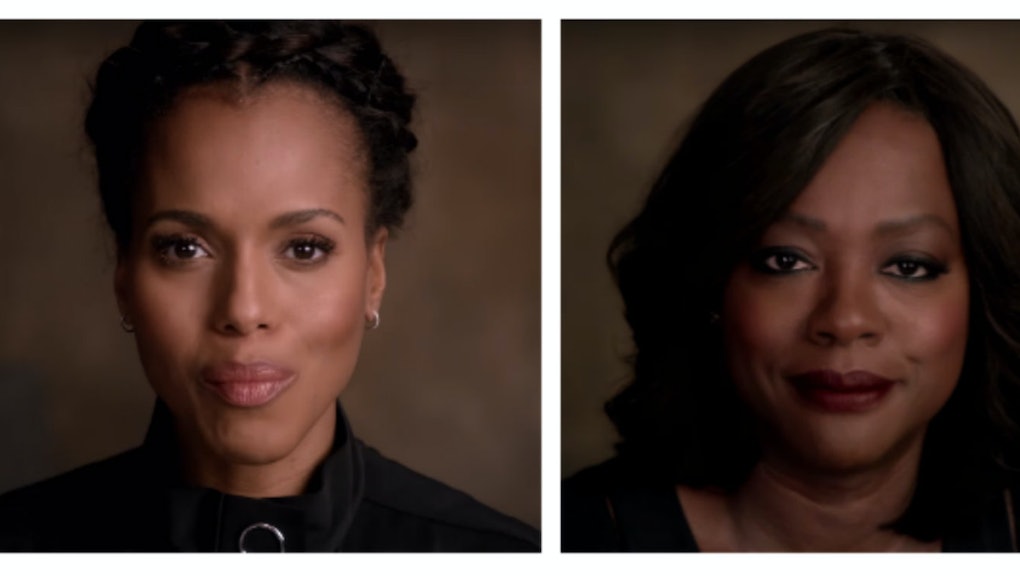 What do lawyer Annalise Keating, doctor Meredith Grey and fixer Olivia Pope have in common? They're all lead characters on some of television's most beloved shows. They also all stand in solidarity with another highly-rated woman: Hillary Clinton.

In a new ad called "Real Life," Shonda Rhimes as well as her three leading "Shondaland" ladies — How to Get Away With Murder's Viola Davis, Grey's Anatomy's Ellen Pompeo and Scandal's Kerry Washington — come together to endorse the 2016 Democratic presidential candidate. The three actresses and show creator discuss the hard-working women they portray — or in Rhimes's case, write — and why Clinton fits in as part of the #TGIT club.

"Every day I wake up and play a brilliant, complicated, overqualified, get-it-done woman," the stars say together.

After the leading ladies discuss their characters' qualities, Rhimes steps in and discusses why she writes such strong characters.

"I make television filled with the kind of characters I imagine we all can be," she says.

Then, they list off the many contradictory qualities that their characters — and Clinton — possess.

"Strong, but flawed," they read together. "Human, but extraordinary."

But, the actresses acknowledge, that is television and this is the real world.

Finally, each actress states that they stand with Hillary Clinton.

It may seem out of place that this group of television stars would come together to endorse Clinton, but these Shondaland stars represent very important voting blocs for the Clinton campaign.

Hillary Clinton proved her connection with black voters as she almost swept the Southern states voting on Super Tuesday, though her lead among black voters decreased in Michigan. Rhimes's shows draw black audiences: 37% of Scandal's viewers and 32% of How to Get Away With Murder's viewers are black.

And, according to this ad, Clinton seems to be doing very well with the "powerful woman who also gets into sexy and terrifying situations" voter.