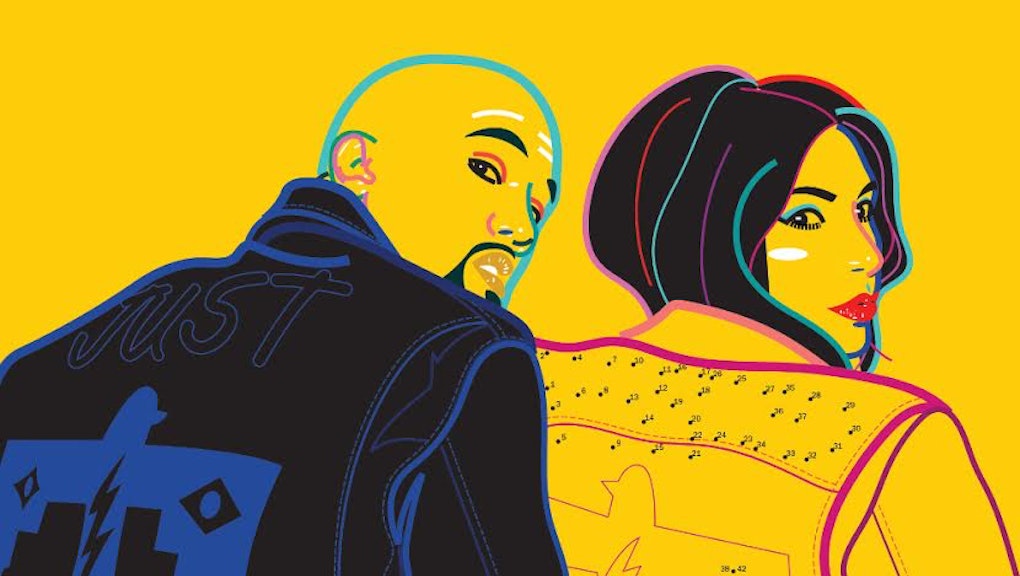 Beyond being a reality star, Kim Kardashian West is a successful businesswoman who's ensured she and her brand are nearly everywhere you look. But new book label Sugoi Books is filling a crucial gap for the celebrity: adult coloring books. And specifically, a new connect-the-dots book called Doing It With Class.

"The Kimoji queen, selfie goddess and cover shoot supreme — we are confronted with her image so much," Sugoi Books manager Lucy Knowles told Mic. "This book lets you join the dots and create your own Kimmy."

The label collaborated with a total of 15 different illustrators to capture Kardashian West in her full glory — be it when she's just kickin' it with husband Kanye West, posing for a magazine cover or blowing herself a kiss in the mirror (as one does). Illustrator Emily Gilbert even imagined what it would look like for the star to lounge in the jungle, which is surprisingly a photo shoot she hasn't done yet.

"Each is in honor of Kim's defiant attitude," Knowles said. "They are beautiful and, in my honest opinion, high quality and of course a little bit silly."

Doing It With Class builds on the adult coloring book craze that's not only helping adults destress and unwind but keeping the publishing industry afloat. What's more, it turns out Sugoi Books is right on trend, as back in December an assistant editor at Hachette Book Group predicted connect-the-dots books would be the next big thing.

"It was nice to have a strong woman as the center of the book," said Knowles, whose previous offerings include a Drake coloring book and Kanye West paper dolls. "Yes, we play on her amazing figure but it's much much more than that. We wanted to capture something more and I hope we have."