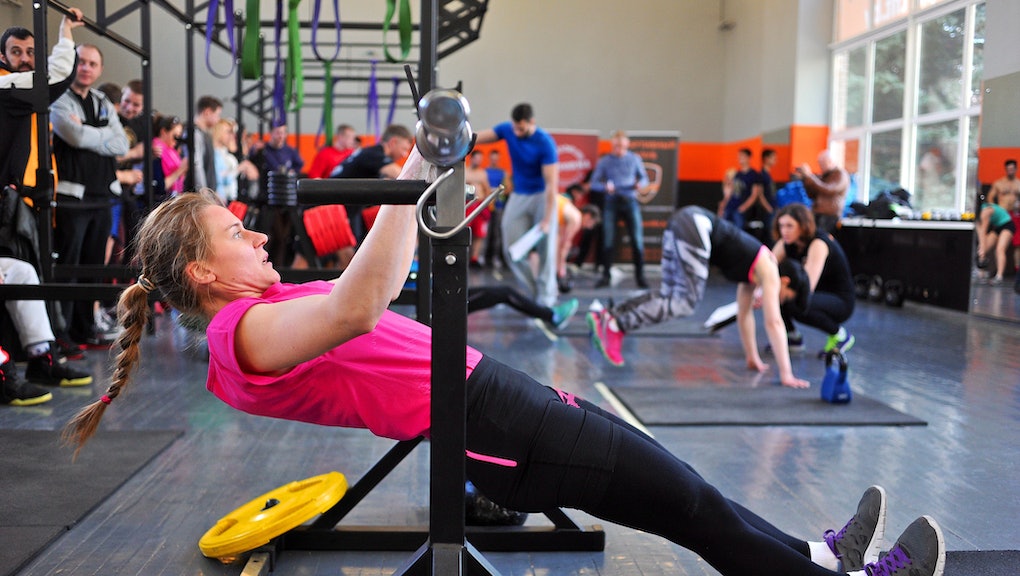 Which Diet Is Best? Here's Why CrossFit Experts Tout the Zone Diet and Paleo Diet

CrossFit exercise regimens are intense, but CrossFit dietary guidelines are equally stringent. According to CrossFit's official nutrition guidelines, CrossFitters' caloric intake should be 30% lean proteins, 40% carbohydrates (preferably the low-glycemic kind) and 30% fats — essentially a low carb diet emphasizing whole foods, while avoiding processed foods and any high-glycemic carbs. The tripartite split of macronutrients closely overlaps with the Zone diet, whereas the emphasis on natural whole foods resembles the core concept of the Paleo diet. Why should CrossFitters adhere to Zone or Paleo diets, and how do they contribute to performance?

CrossFit recommends the Zone diet in their nutrition guidelines due to its "precision, efficacy and health benefits" as well as its overall "adequate job of jointly managing issues of blood glucose control, proper macronutrient proportion and caloric restriction."

The Zone diet emphasizes portion control, where meals are constructed in "blocks," as well as a diet with a balanced intake of macronutrients — rather than eliminating them completely. According to CrossFit Impulse's Christina and Jeff Barnett, the Zone diet can help regulate hormones like insulin, glucagon and eicosanoids, which contribute to the wellness of your body, and can optimize body composition and how you utilize your energy.

The Paleo diet's emphasis on whole foods conforms to CrossFit's nutrition guidelines because they both ward against high-glycemic carbs — which affect your body's hormones — and processed foods: "Modern diets are ill suited for our genetic composition. Evolution has not kept pace with advances in agriculture and food processing, resulting in a plague of health problems for modern man. Coronary heart disease, diabetes, cancer, osteoporosis, obesity, and psychological dysfunction have all been scientifically linked to a diet too high in refined or processed carbohydrate."

The Paleo diet is similar to the Zone diet in that they both emphasize a balance of lean protein, carbs and fats. What separates Paleo is its parameter: If a caveman couldn't forage it or hunt for it, he didn't eat it — and neither should you. While paleo doesn't have a particular guideline for portions, many of the our modern mainstays are on the "don't eat" list, including cereal grains, potatoes, legumes and all dairy.