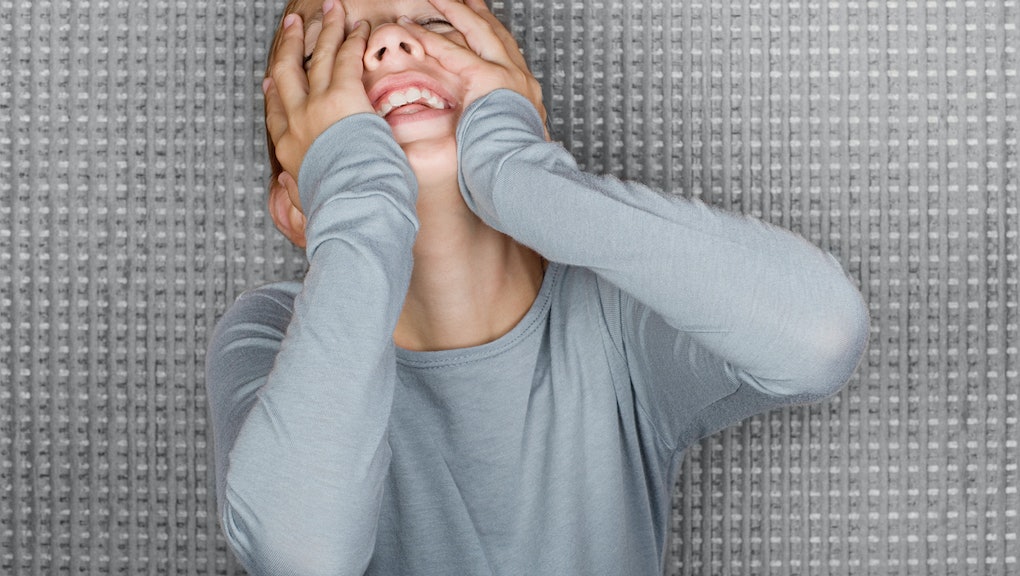 Got a Friend Who Can't Stop Making Puns? Turns Out They Might Have Brain Damage

Everybody has that friend, family member or colleague. Any chance they gets, they'll make a groan-worthy pun, which is invariably so bad it produces laughter.

Well, according to some neurologists, they might have brain damage.

It's an affliction known as "Witzelsucht" — a German word, with a rather straightforward etymology: "Witz" translates to "wisecrack," while "sucht" means "yearning." And it leaves many sufferers finding their jokes hilarious, while others not so much.

The neurological theory behind this pathological disorder is as follows: The frontal lobes become damaged — from a stroke or brain trauma, for example. And this region of the brain is crucial for processing jokes.

Frontal lobes are responsible for analysis and reasoning, they are "the 'control panel' of our personality and our ability to communicate," according to Healthline. Jokes, which very often surprise us with punchlines that upend our expectations, require the frontal lobe to understand.

However, the type of brain damage theoretically associated with Witzelsucht simultaneously "disinhibits" the way the frontal lobes and pleasure centers communicate, the BBC's David Robson explained: "So while others' jokes may leave them cold, their own thoughts and feelings — stemming from any random connection or association — may end up triggering the dopamine kick as they collapse in fits of giggles."

Witzelsucht can produce a host of other symptoms, including hypersexuality, both in terms of joke choice and sex drive.

Warren believes joke-based testing in the future could potentially prove fruitful in determining brain damage or the nature of it. And a perceived change in humor by those close to the bad pun-makers might be the earliest indication that they have a case of Witzelsucht.

However, if someone is just inherently a habitual and terrible joke maker, it doesn't look like there's much to be done about it. Other than maybe being pun-itive.