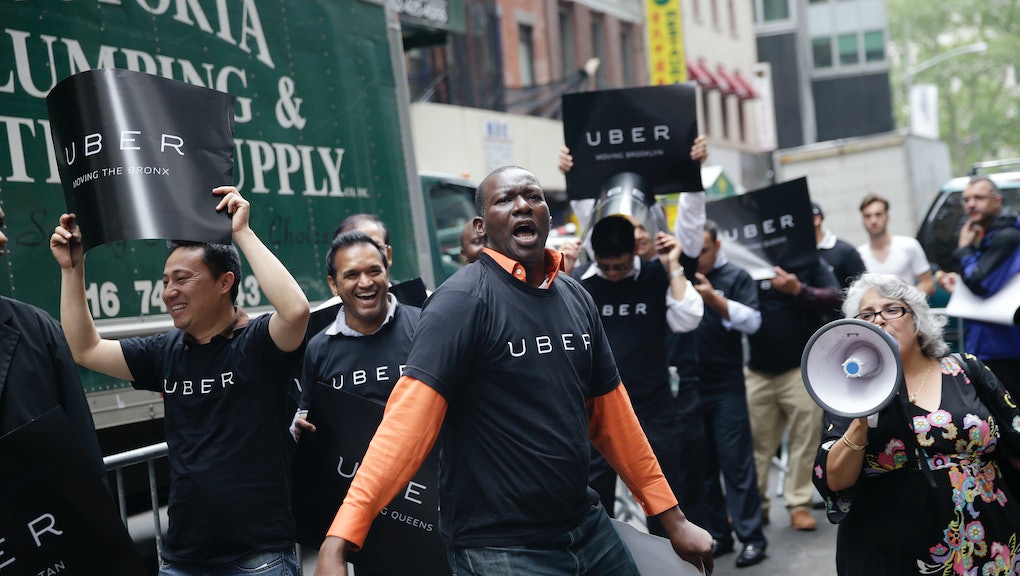 It's a staple of modern racism that cab drivers will pass by people of color, or offer them inferior service. If you were thinking Uber — which wants you to believe it's above these old-fashioned taxi business shortcomings — was immune from this kind of discrimination, you'd be wrong.

According to research by the University of Maryland, published in the Washington Post, living in neighborhoods with more people of color could increase the time you spend waiting for an Uber. The researchers monitored wait times in 276 locations in Washington, D.C., and found that in neighborhoods that, according to census data, included more people of color, wait times could be up to an average of 7 minutes, as opposed to just over 4.

You could rationalize this discrepancy by chalking it up to various correlations, thinking perhaps that Ubers are simply avoiding low-income neighborhoods, or areas with fewer people. But even when the researchers factored out economic and population density, they still found that people of color will wait longer for an Uber.

One thing that might account for the bias, the researchers write, is a lack of demand in these neighborhoods — commensurate with the truth that Uber is predominantly an app for the wealthy.

Ferries for the rich: Race stands on its own as a factor in wait times, but the researchers point out specifically that racial discrimination is then compounded with poverty.

An analysis from FiveThirtyEight found a direct correlation between people using Uber and income brackets, showing that it's no different for people using cabs:

"Should Uber be expected, or required even, to address this type of racial disparity in neighborhood service quality?" Stark and Diakopoulos wrote in their report. "Or perhaps Uber is a mirror of more general inequality in the city, its data reflecting some truths that we all need to grapple with as we seek to build a more equal society."