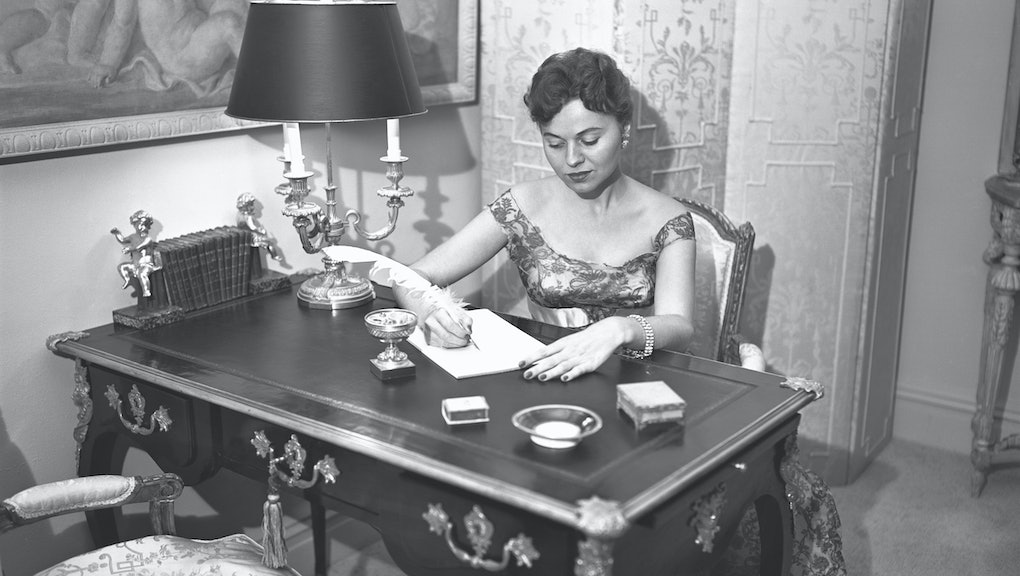 To My Boyfriend's Ex-Girlfriend,

This is probably going to sound weird because we've never actually met, but I know a lot about you from my boyfriend. Because before he was my boyfriend — and before a series of fruitless Tinder dates, one casual summer fling and a period of self-imposed celibacy (so he claims) — he was your boyfriend for two and a half years.

He's told me a good deal about you, and I've discerned a few things on my own; we all learn things from previous relationships, and convey to new partners what we now know. Some of it's amorphous; some of it's really specific. Call it relationship transference.

Anyway, I'm writing to say thank you. I can tell he learned a lot from you. He's great about doing the dishes; he knows there's no way in hell I'm the only one who's going to vacuum; and early in our relationship, when I commented on the neatness of his bedroom, he mentioned that his ex-girlfriend — you — wouldn't sleep over unless he made his bed. It's something for which his mother and I are both endlessly grateful.

What you taught him isn't merely limited to hygiene habits, of course. His spooning technique, for instance, is exceptional; as is his One-Eyed Sailor-making technique. He's also really, well, educated in bed — but I won't say any more about that. (I should, however, note that I'm grateful to you for conveying to him the role clitoral stimulation tends to play in achieving climax. Kudos.)

From what I can tell, you taught him how to have conversations about what he wants in bed, but also about what his partner wants, too. He listens to me; he asks questions. He knows consent isn't assumed just because he's my boyfriend. And he always reminds me to get up and pee after sex so I don't get a UTI.

There are a few other examples of things I don't think he just picked up from the internet, and that he certainly didn't learn when he was, like, playing drunk bike polo with his guy friends. Because of you lending him Roxane Gay's book, he considers himself a feminist. Because of you, he knows catcalling isn't a compliment. (Actually, he recently intercepted another guy catcalling a lady on the street by thanking the guy, as if the comment had been meant for him.) And, because of you, he knew to pull out his card to pay for our first date. He said he'd split the bill if I preferred to, but also knew that, statistically speaking, he made more than me on the dollar. It was awesome.

I'm glad you farted in front of him. I'm glad you woke him up every time he fell asleep after he came and you didn't, politely asking that he return the favor. I'm glad you introduced him to Bruce Springsteen, because how the hell had he never heard "Born To Run" before college? (Similar vein: I'm glad you watched Spice World with him more than once, because now he loves it.) And I'm super, super glad you convinced him to get rid of the ponytail he had from the time he was 16 until approximately two months after he met you.

But mostly, I'm glad that you were kind to him, and that you made space for him to be vulnerable so that in turn he could be vulnerable with me. Even though it sounds like you were kind of shitty to him at the end of your relationship (don't worry, I know he was shitty too), I'm grateful for what he learned from you then. There are moments when he and I fight in which I wonder how the hell you put up with him, but I feel like he's a better dude because you did. He's still sort of a pain in the ass to deal with. But you prepared him well for the fact that I am too.