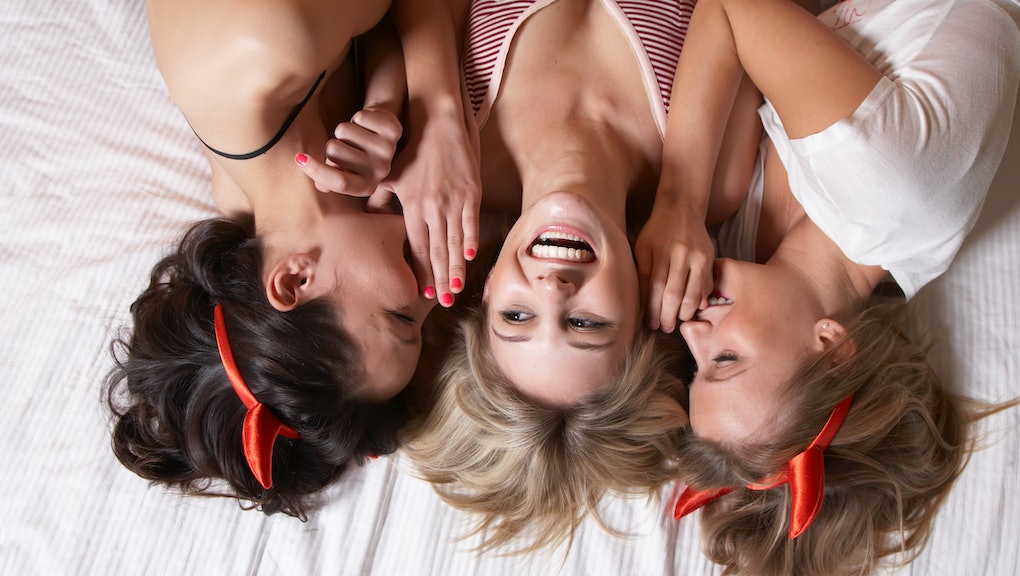 Hide your kids, hide your wife, because Generation Z is dating everybody up in here.

While 48% of teens identify as straight, over a third of those surveyed selected a number from 1-5, which indicates differing levels of bisexuality.

But there's a lot more in this survey than just sexuality: 56% of teens said they know someone who goes by a gender-neutral pronoun like "they," "them" or "ze," compared to 43% of those aged 28 to 34 years old.

Overall, gender just means a lot less to teens. Over a third of teens felt that gender doesn't mean anything when it comes to defining yourself as a person, compared to 23% of millennials age 28 and up.

As if they weren't rejecting the gender binary already, while 54% of millennials like to shop in a gender-specific section of the store, only 44% of teens said they buy clothes specified for their one gender. It's kinda like, to teens, retail clothing stores are just one vast sky of options.