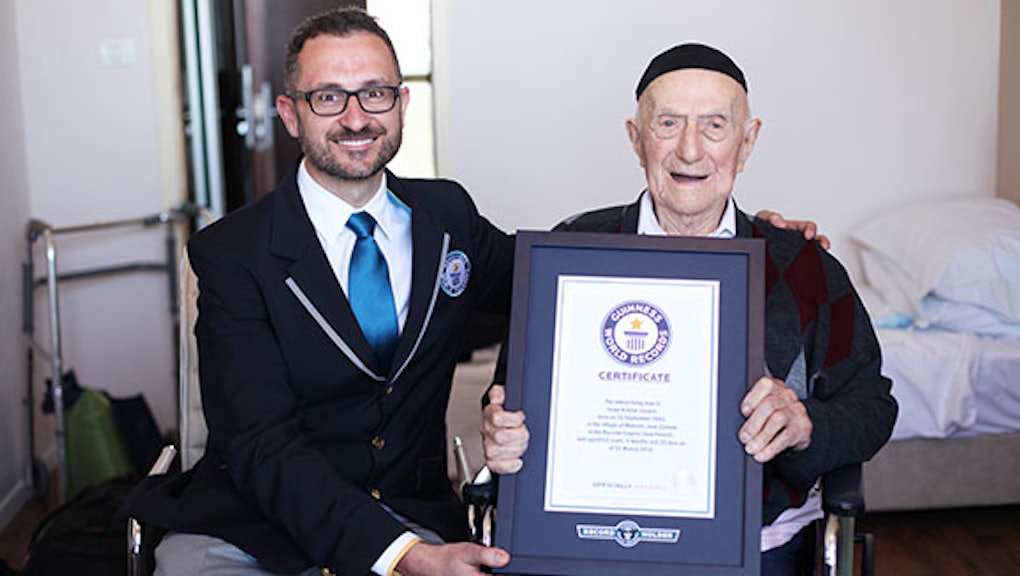 The world's oldest man, Israel Kristal, is 112 years and 178 days old and survived through both World Wars and the Holocaust as a prisoner of Nazi concentration camp Auschwitz, Guinness World Records announced Friday. What does the world's oldest man who also survived one of the worst atrocities in modern history have to say about the secret to long life?

"I don't know the secret for long life," Kristal said upon finding out he's the oldest man in the world Friday. "I believe that everything is determined from above and we shall never know the reasons why. There have been smarter, stronger and better-looking men than me who are no longer alive. All that is left for us to do is to keep on working as hard as we can and rebuild what is lost."

Read more: The "Oldest Living People" in the World Share Their Secrets to a Long Life

Guinness Word Records reported Kristal, who now resides in Israel, was born in Poland on Sept. 15, 1903 and was separated from his parents around the time of the first World War. Seventeen years later he moved to Lodz, Poland, to work for his family's business when he and his family were moved into the ghetto upon the Nazi's occupation of the city.

He was sent to Auschwitz four years later where his wife and two children died. When he was rescued, in 1945, he weighed only 81 pounds, according to the organization.

He remarried, had children with his second wife and emigrated to Haifa, Israel, where he's "surrounded by his loving family."