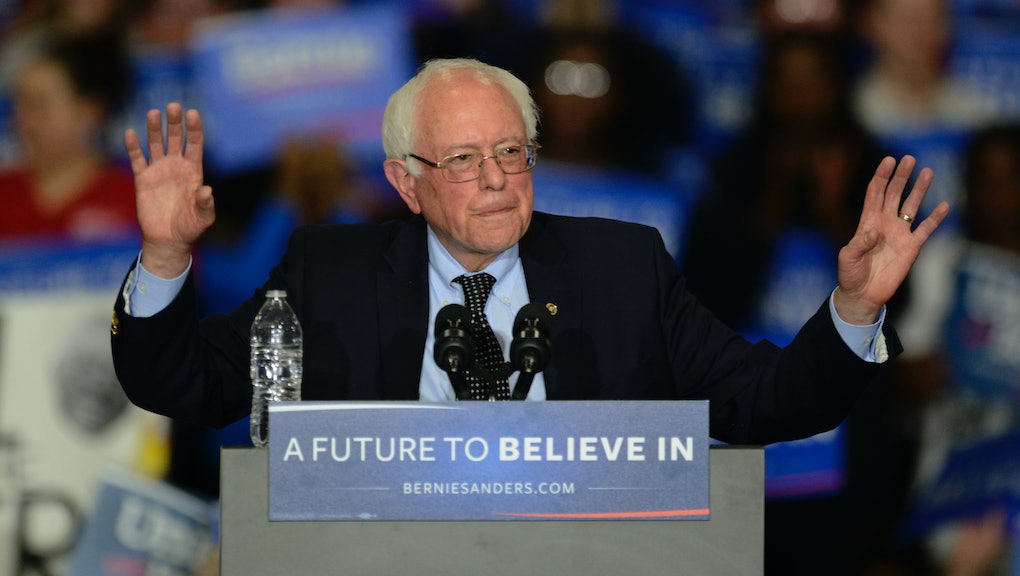 The Sanders Campaign Just Effortlessly Shot Down Another Attack From Clinton

At a campaign event in St. Louis on Saturday, Democratic candidate Hillary Clinton had some unkind things to say about Vermont Sen. Bernie Sanders' record on health care reform — but a member of Sanders' team was ready with a crushing response.

Clinton, who was an early advocate for universal health care in the 1990s during her husband Bill Clinton's presidency, told a crowd she has "a little chuckle to myself" thinking about the issue, reports the New York Times.

"Literally standing right behind her," shot back Mike Casca, a rapid response director for Sanders' campaign. He posted a screenshot of Clinton's 1993 speech at Dartmouth College, featuring the senator on stage next to the first lady.

Bloomberg Politics' Jennifer Epstein additionally added that around the same time, Clinton sent a personal note to Sanders thanking him for his advocacy on the issue. The note read "To Bernie Sanders with thanks for your commitment to real health care access for all Americans and best wishes — Hillary Rodham Clinton 1993."