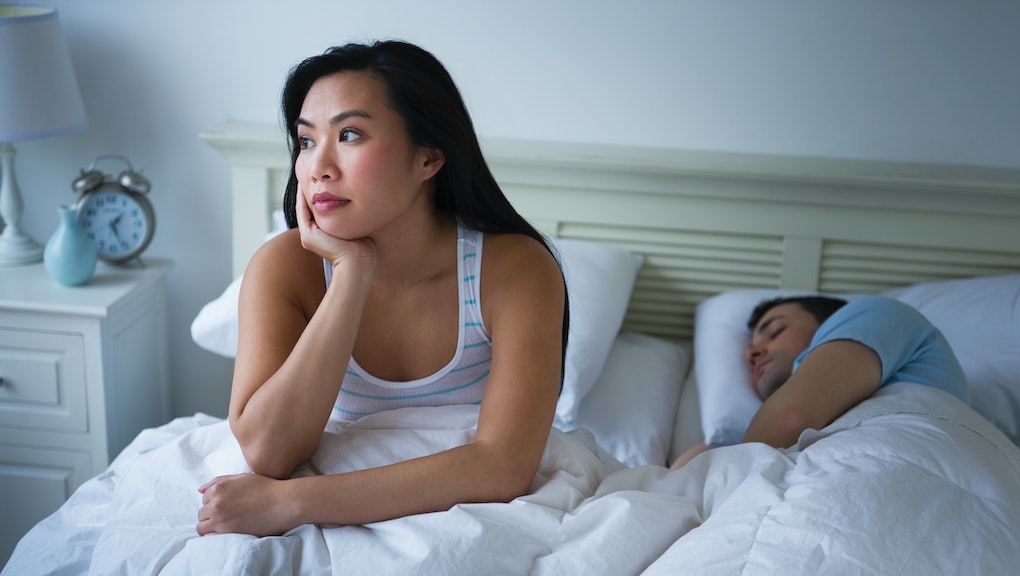 Here's How Badly Daylight Saving Will Affect Your Sleep This Week

Losing an hour of sleep to daylight saving time never seems like it'll be such a big deal.

But then Sunday night rolls around, and you can't get to sleep because you don't feel tired at your usual bedtime. Things get even more painful the following morning, when your standard 7 a.m. wake-up suddenly feels like you're rolling out of bed at 6.

The result? You might not be feeling so hot this Monday.

But you haven't escaped the wrath of DST just yet, according to a health advisory released by the American Academy of Sleep Medicine.

"The sudden change of clock time associated with daylight saving time tends to result in decreases in sleep duration and disrupted sleep for as long as seven days," AASM president Nathaniel F. Watson said in a statement.

That's right, folks: Your sleep schedule could be out of whack for a whole week — especially if you're not getting healthy amounts of rest to begin with. The National Sleep Foundation recommends that people between 18 and 64 get seven to nine hours of sleep per night. And yet, according to a 2013 Gallup poll, only 59% of Americans regularly clock seven or more hours. It's a problem.

Before and after adjusting their clocks for daylight saving, "adults should make sure they obtain at least seven hours of sleep, and in the week following, they should take extra caution when sleepiness may cause danger or suboptimal performance," Watson's statement continued.

How can you get more sleep? Approximately 4% of Americans over the age of 20 use prescription sleeping pills, according to a 2013 study by the Centers for Disease Control and Prevention. Other people opt for a glass of wine before bed, not realizing that it actually disrupts the sleep cycle. Others get high.

If you're in search of a natural and effective sleep aid, meditation is a good option, according to psychologist Elisha Goldstein, cofounder of the Center for Mindful Living in West Los Angeles. The more we focus on our breath and our bodies, the less we'll be able to worry about our problems.

"It's the thinking that fuels difficulty with sleeping, and meditation helps soothe the harried mind and allows our body to do what it wants to do: rest and go to sleep," Goldstein told Mic via email.

To practice meditation, lie in bed in a comfortable position. Then, try what Goldstein calls a "body scan": bringing your attention to the way each part of your body feels in the present moment. Go from your toes to your head, noting any sensations such as heat, coolness, heaviness or lightness. Don't forget to focus on your breath too.

These activities will "help to soothe a likely overactive nervous system, while giving the benefits of focusing and centering," Goldstein said.

And avoid actively trying to fall asleep. If you start getting stressed that you're still awake, bring your mind back to the present moment.

And hey, even if you can't sleep, at least you can be grateful for this: Thanks to your smartphone's automatically-updating clock, you won't show up an hour late to work.