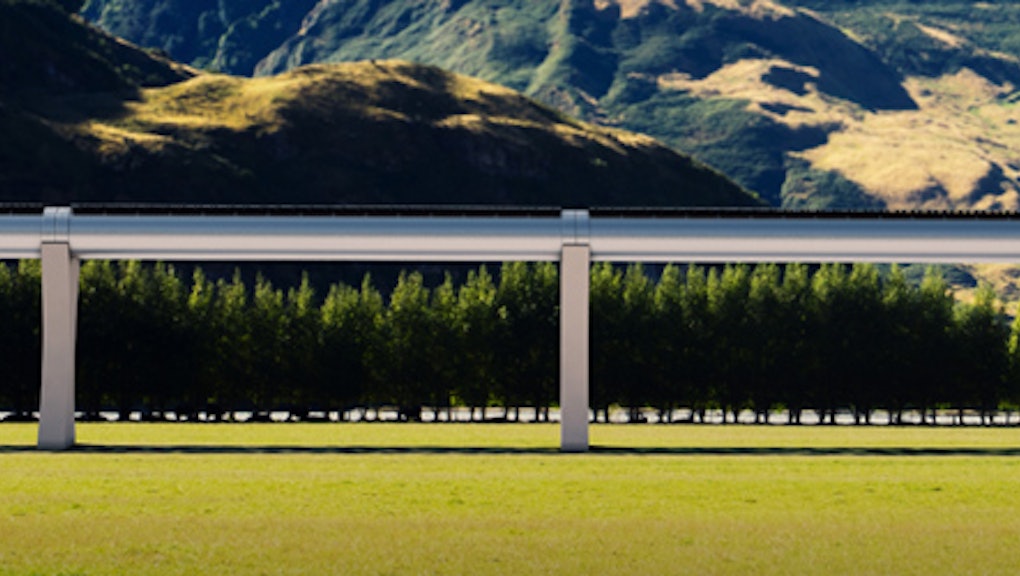 In the future, transit systems will replace windows with augmented reality screens.

In a panel discussion at South by Southwest, Hyperloop Transportation Technologies CEO Dirk Ahlborn explained how Hyperloop pods will feature augmented reality "windows," according to Mashable. The screens, situated next to passengers' seats much like traditional windows, will project images from the world immediately outside the Hyperloop as well advertising and other applications like an interactive map. Ahlborn also said that the augmented window would be visible from multiple viewpoints.

Once built, the Hyperloop will supposedly be able to shoot a passenger filled pod through an enclosed tunnel at speeds topping 750 miles per hour —  as fast as the speed of sound, according to Hyperloop Transportation Technologies.

The company is currently developing a test track in California's Quay Valley.