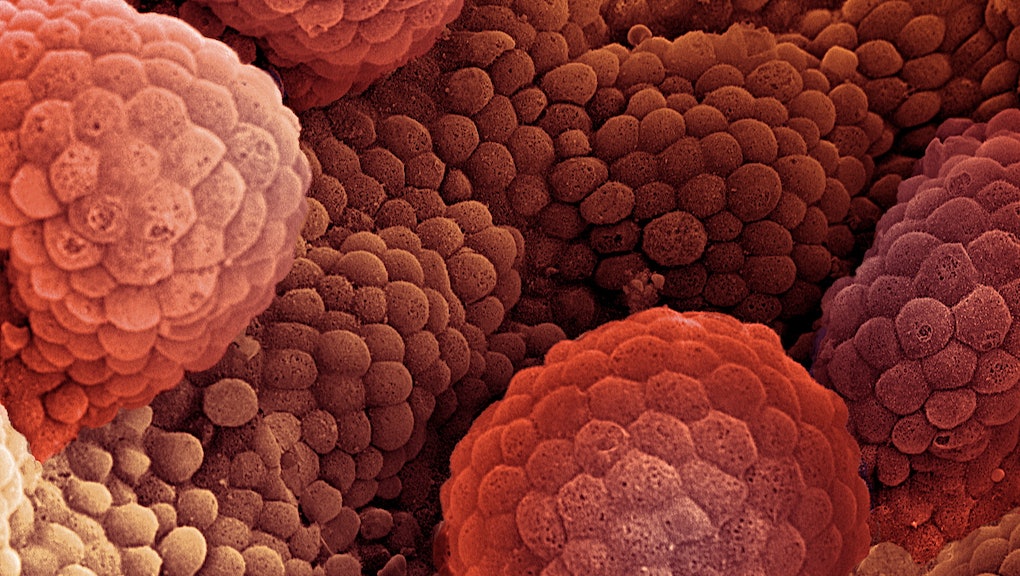 If you catch cancer early, you can treat it effectively. But if cancer grows enough for you to actually notice a change in your body, it's had so much time to multiply its cells that it's already causing all kinds of serious damage.

Researchers in Singapore think they have a solution: a biosensor to detect traces of cancer in your DNA and RNA before you even know you have it.

Your body is full of biomarkers, called microRNAs, which can reveal information like the presence of disease. So even if you aren't feeling the effects of cancer multiplying in your body, you can see the biomarkers of it in your urine and blood, making them a good way to catch problems early.

And if you can see those problems developing the moment they start, there's a much higher likelihood of catching the cancer before it starts wreaking havoc. So Singapore's Agency for Science, Technology and Research, or A*STAR, built a silicon biosensor to pick up on tiny changes in your urine using beams of light.

Here's how it works: An actual laser beam travels through what's called a waveguide, which can split the laser into a sensor arm and a reference arm, then have the arms rejoin after. So the laser goes through your microRNAs, looking for anything that seems funky. If the post-sensor results don't look like the reference arm results in a side-by-side comparison, you have a problem.

Right now, biopsy results can take more than a week to come back. The biosensor researchers claim a much faster turnaround: results within 15 minutes of taking the sample. If it works, fighting cancer could be as simple as pee, test, treat — in less time than it takes to watch a sitcom.

That time matters. It gives any present cancer cells 15 minutes, not 10 days, to multiply and potentially cause some serious damage before they're detected.

The success so far: A*STAR researcher Mi Kyoung Park and her team have used the biosensor to detect two microRNAs in the urine of patients with late-stage bladder cancer, according to their report in Biosensors and Bioelectronics. But the implications here point to an easy way to track down and address a wide range of diseases that are treated easily if you catch them at the onset. If this goes to market, you could literally pee your way to a healthy life.