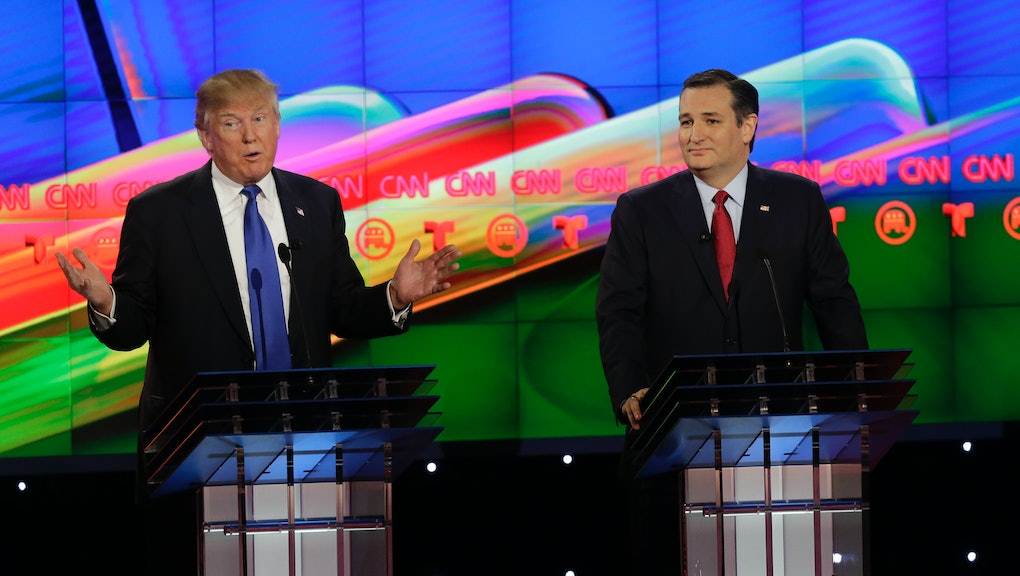 The 11 Best Memes from the 2016 Presidential Campaign Thus Far

The race to the White House is long and arduous — and seemingly endless. Yet, in a sea of debates, town halls and campaign speeches, there have been rare moments of levity that cause us to pause — and to furiously create reactionary memes. In these moments, Vermont Sen. Bernie Sanders' side eye is immortalized, as is real estate mogul Donald Trump's toupee. Or, perhaps unfortunately, the nauseating image of Texas Sen. Ted Cruz's mysterious morsel, which appeared on the senator's face during a debate, is rendered unforgettable.

In the spirit of bringing some degree of comic relief to campaign coverage, here are 11 of the best memes the internet has produced thus far:

2. If Trump's elected, "There will be hell toupee."

4. This Chapelle-referencing meme on Sanders' politics

5. The tracks of Jeb Bush's tears

6. Bringing race into the equation

9. Similar to Woman Laughing Alone With Salad, but more political

10. At the heart of the GOP candidates