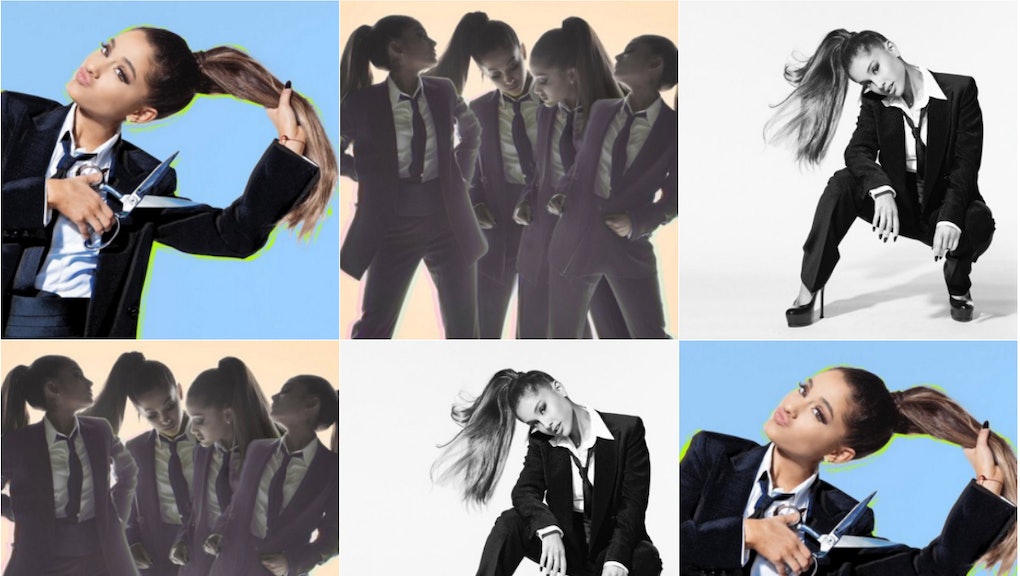 Below are some of the song's standout lyrics, presented with objective commentary.

"Made my decision to test my limits"

The protagonist of this song wishes to explore her sexual boundaries. She is hesitant, yet resolute in her quest to move forward.

"Taking control of this kind of moment"

"My mind is open"

A requirement if one wishes to engage in unconventional, gender-bending forms of sex play.

"Somethin' 'bout you makes me feel like a dangerous woman"

"Introducing us to a new thing"

The above is a still image that flashed across television screens prior to Grande's March 12 performance of "Dangerous Woman" on Saturday Night Live. Please note that she is dressed in what is traditionally considered male garb, thus demonstrably subverting conventional norms related to gender expression and sexuality.

Exhibit C: The Words of Ariana Grande Herself

In a recent interview with Music Choice, Grande said that the lyrics of "Dangerous Woman" spoke to her because they made her feel "empowered as a person."

So let us ask ourselves again:

Maybe! IDK. Draw your own conclusions.