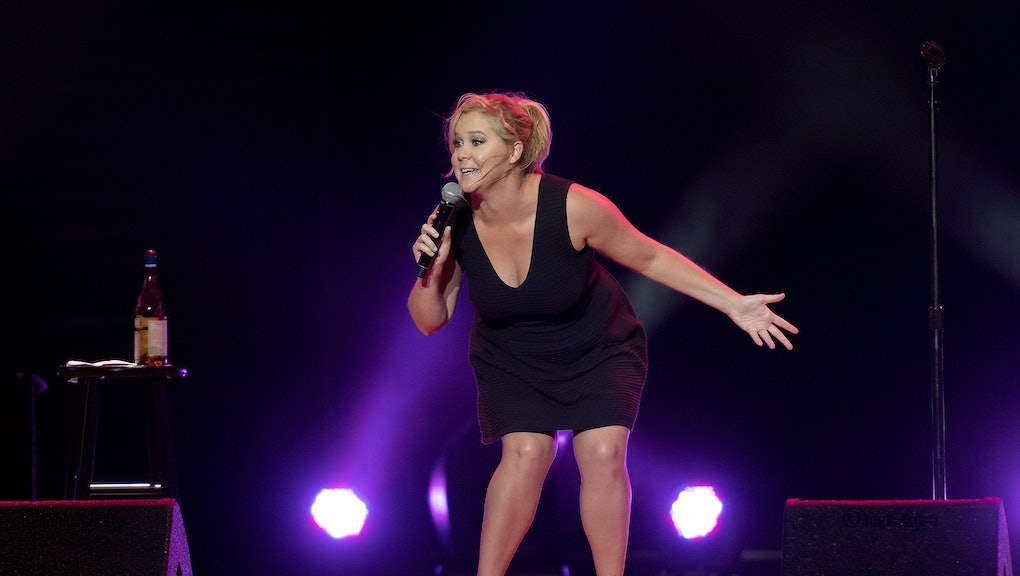 Amy Schumer is coming for you — if you are lucky enough to live in one of the cities where the Trainwreck star is stopping during her tour this spring. Schumer announced the schedule for her upcoming stand-up tour in a tweet Monday, likely prompting her army of followers to whip out their phones and set an alert for 10 a.m. on Friday, when tickets go on sale. Four lucky cities can buy theirs right now.

Read more: Amy Schumer Was 2015's Entertainer of the Year — and It Wasn't Even Close

In October, Schumer's Chris Rock-directed comedy special Amy Schumer: Live at the Apollo showcased her "special capacity for skewering Hollywood," Julia Felsenthal at Vogue wrote. She has a hit show on Comedy Central — Inside Amy Schumer — and struck a multimillion-dollar book deal with Simon & Schuster in September. Her essay collection, Girl With the Lower Back Tattoo, is slated to publish on August 16 with Simon & Schuster.

The tour kicks off in Reading, Pennsylvania in April and wraps at New York's Madison Square Garden in June. The full tour schedule is as follows:

May 1 — Hampton Coliseum in Hampton, Virginia

May 14 — Germain Arena in Estero, Florida